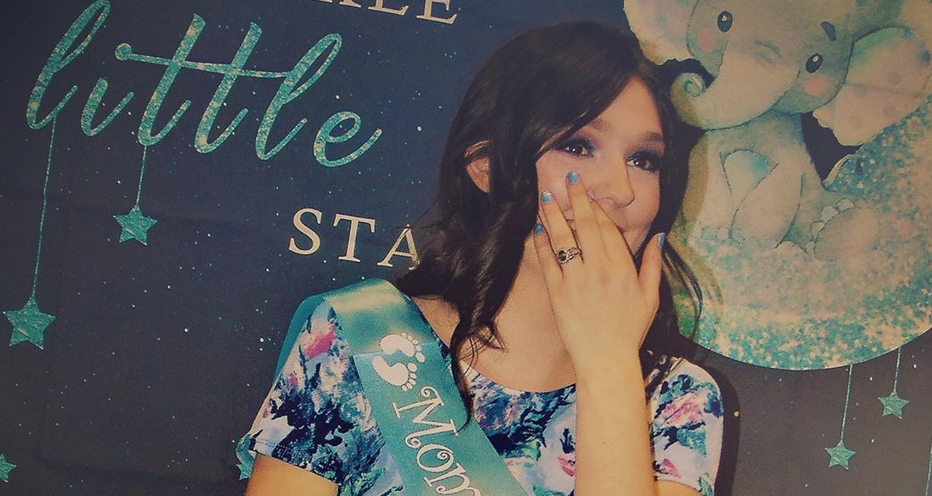 Her best friend Harley posted on her private Instagram account first. Harley wrote, “This little man stole my heart 💚 Levi Carter 💕.” At this point, we don’t know how Levi or Hailey is doing.

On Thursday evening, Hailey shared a picture of herself with Levi on her Instagram story. 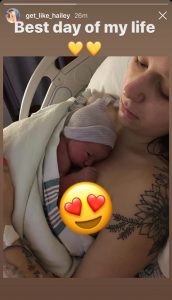 Hailey’s original due date was April 15. But, she was induced early, as she thought she might be. Hailey and her ex-boyfriend Matthew Blevins first announced the pregnancy on the Unexpected tell-all.

Hailey updates Instagram followers while she’s at the hospital

On April 1, Hailey went to the hospital. Throughout the day, she provided updates to her followers. After posting a couple of Instagram stories, Hailey thanked her followers for their support. She wrote, “To everyone messaging me, thank you for your support. There’s so many messages/requests I can’t respond to them all. But just know I’m very grateful to have y’all as a support system.”

While at the hospital on Wednesday, Hailey wrote, “This momma is just ready to hold her little boy.” In another update, Hailey said that the nurse thought Levi would arrive by 6am. At that point, she was 3cm dilated. This was around 10pm EST. 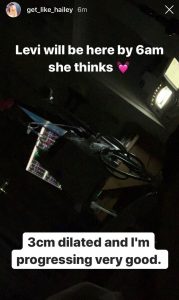 Is Unexpected star Matthew Blevins still in the picture?

Unexpected fans know that Hailey and Matthew have had a rocky relationship. Things were off and on from the time he got Hailey pregnant. Matthew even requested a paternity test and didn’t think the baby was his. As far as we know, things are still not great between Matthew and Hailey. And, it looks like the baby has his mom’s last name, Tilford.

In mid-March, Hailey wrote to Matthew, “You will NEVER meet MY child.” It’s unlikely that anything has changed by now. Hailey tends to share a lot about her life and relationships via social media. So, there probably would have been an update by now if they happened to be on better terms.

Due to coronavirus concerns, it’s likely that only one person was allowed at the birth. Based on what Hailey shared while at the hospital, it seems like she chose to have her best friend at her side. 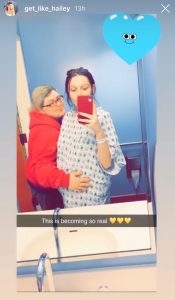 So, are you excited that Hailey’s baby has arrived? Share your thoughts in the comments below.

For more news on Unexpected, check back with TV Shows Ace.