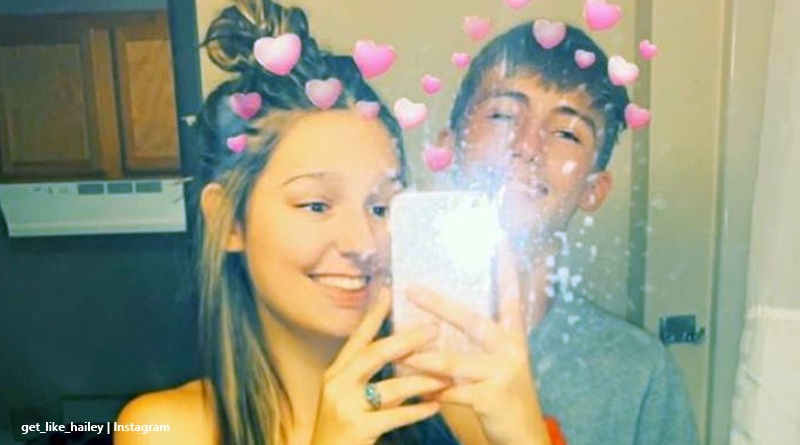 Unexpected fans know that Hailey 2 and Matthew Blevins expect a little boy next year. While Hailey 2 announced the gender of their child some time back, she felt uncertain about a name. Now, ahead of the New Year, she took to Instagram to tell fans their name choice. And, fans seem to like it very much.

Unexpected fans hated on Hailey 2 and Matthew for the pregnancy

TV Shows Ace reported that many fans hate on Hailey 2 and Matthew. In fact, even Christmas didn’t stop them. Firstly, they didn’t like the fact that she “stole” her bestie’s boyfriend. Recall that Hailey 2 and Hailey 1 were close friends. But then, Matthew started texting Hailey 2. When he went off with Hailey 2, it left the original Hailey heartbroken and pretty much raising their child alone. So, news of the pregnancy during the TLC Reunion brought many trolls out of the woodwork.

Since the pregnancy announcement, the couple seems on and off. In fact, fans grow irritated as one moment, they seem all in love. Then, they’re fighting again. TV Season Spoilers took a look at that, and just before Christmas, they determined that for now, it looks like they remain split. Nevertheless, from earlier Instagram posts, we know that Matthew probably took part in the selection of a name for the Unexpected baby.

The baby name reveal by Hailey 2

Back in early December, Hailey told fans they never yet settled on a name for their little boy. They obviously threw around some names, and sort of knew what they wanted. And now, they made a decision. She shared a photo of her baby bump on Instagram and just captioned it with, “Levi Lee Blevins.” Fans seemed to like the rather dashing cowboy-hero-to-the-rescue name. One fan noted, “Cute name! Hoping for a healthy, squishy baby boy!”

Another fan felt it sounded rather “dashing” – like “Clint Eastwood” in a cowboy movie. Others commented that it’s nice as it kind of rhymes. Another Unexpected fan loved the name for a good reason. they nearly used that themselves. They posted, “that was my boy name but I had a girl lol…BEAUTIFUL NAME.”

Will fans watch Levi Lee Blevins grow up on the TLC show?

While Hailey 2 accumulated lots of haters, she also picked up many supportive fans. She made some mistakes, but after all, the entire Unexpected cast already did that. Some fans hope we see them in another season of the TLC show. And, even Hailey 1 fans hope for it, in a way. They grow concerned that if Matthew’s off the show, then she loses out as well. But, Matthew told fans on Instagram they won’t return. Mind you, they changed their minds about each other a lot, it seems. So, maybe they will pop up on the show again.

What did you think of the name that Hailey 2 and Matthew chose for their baby boy? Sound off your thoughts in the comments below.

Remember to check back with TV Shows Ace often for more updates about Hailey 2 of TLC’s Unexpected.