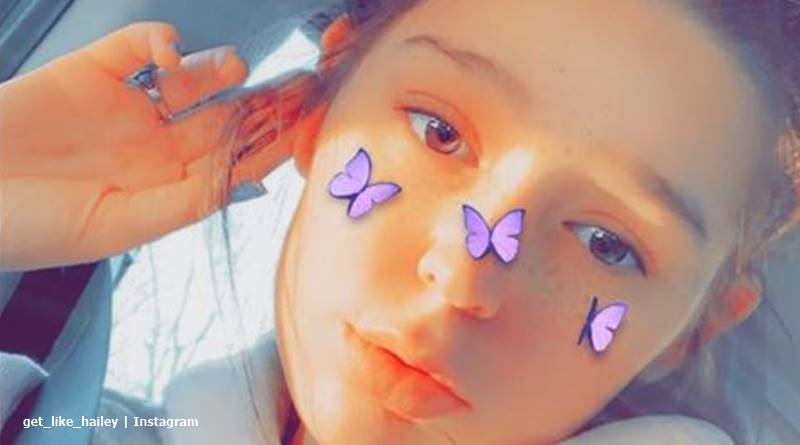 Unexpected star, Hailey Tilford expects her baby soon. She might even deliver little Levi as early as next week. However, that depends whether the doc decides to go ahead with inducing her. Either way, her fans seem really super excited about it and just can’t wait to see the newborn once he arrives.

Unexpected – Hailey Tilford due date in 23 days, but maybe next week

Hailey mentioned that her doctor might induce Levi. But, it looks like that’s not certain at the moment. Taking to her Instagram on Sunday night, she told fans that Levi comes along in just 23 days. Well, that’s his due date anyway. But, if the doc goes ahead with inducing the baby, fans could see her baby arrive in just 9 days. Actually, while Hailey carries a rather small bump, some fans think the baby’s already started dropping.

One Unexpected fan said to Hailey, “You are so tiny. Belly is dropping. Praying for a safe & fast delivery 🙏🏼💙”

Then another one observed, “you have dropped. Some signs of labor include, diarrhea, feeling like you want to clean everything and organize, lower back pain.”

But other fans simply can’t wait to see the baby arrive. One noted, “So beautiful 💙cant wait to see pictures of the baby!” Then, another one added, “You look gorgeous momma!! 💛💛💛🥺can’t wait for you to have your sweet boy!!”

TV Shows Ace reported that Matthew freaked out Hailey after he denied he’s Levi’s dad. She noticed that he removed Levi from his profile as well. Furious, she lashed out at him, saying if he ever wants to see his baby he better go and get a court order to prove paternity. Well, it looks like he’s not interested in that. And since then, Hailey told Matthew he won’t see her baby.

It all came after Hailey’s family and friends hosted a baby shower for her. Hailey’s friend Cole, who she met in high school attended. But notably, Matthew stayed away. Matthew started dissing on Cole after that and the whole thing escalated. The Daily Soap Dish noted, the Unexpected star, Hailey, “said that she would raise her son alone even though being a single mum is not easy.'” But luckily, it looks like Hailey’s family accepted the idea of a child.

Unexpected fans know that if Levi turns out to be Matthew’s, then he’s fathered the second child out of wedlock while still under the age of 20-years-old. What do you think about Levi coming along soon? Do you follow Hailey Tilford? Sound off your thoughts in the comments below.