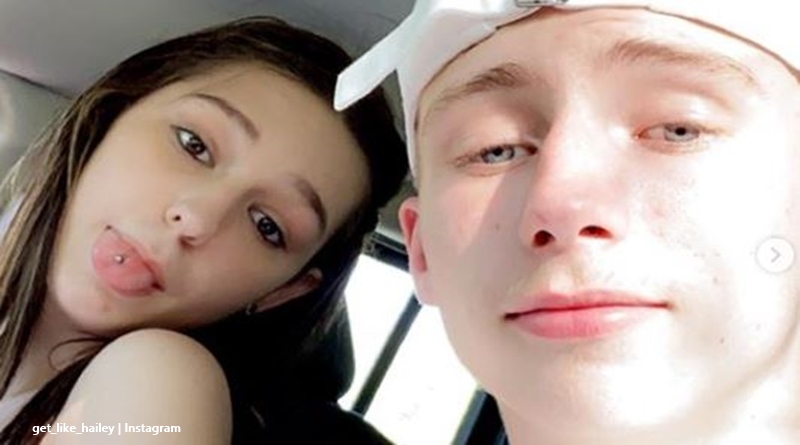 Unexpected fans heard that after Hailey 2’s baby shower, things took another turn for the worse between her and Matthew Blevins. It came after Matthew mocked her friend Cole for standing in and doing the baby daddy thing. Notably, Matthew wasn’t at the baby shower for Levi or Hailey. Now, after he did a live and changed his profile, Hailey 2 vowed that he will “never” see her child.

Taking to her Instagram Stories on Wednesday, Hailey 2 lambasted Matthew, the baby daddy of her yet-to-be-born child, Levi. She noted that he did a live video on Instagram and denied he’s the dad of their son. Plus, he altered his profile by removing Levi’s name from his Instagram profile. Her angry post noted, “We’ll be just fine without you.” She also added, “Don’t switch up now, you’re done for.” Her final words were, “You will NEVER meet MY child.”

Meanwhile, on Matthew’s Instagram, he several times now alleged that Hailey’s the aggressor. And, a story he posted seemed to reiterate that, although he never used Hailey’s name. He wrote about how people who try and control others, when they can’t control them anymore, try and “control the way others see [them].” It seems the Unexpected couple is now irrevocably apart.

TV Shows Ace reported that after Matthew dissed on Cole being at her baby shower, Hailey got very angry. The couple clashed over a comment he made about her friend. She apparently dated Cole some time back and they met in school. The end result of that argument came when Hailey told him if he wants to see Levi, then he should go to court and apply for “a DNA test.”

Well, it looks like Unexpected dad Matthew just decided he can’t be bothered doing all of that and denied he’s actually the father of Levi. At one stage, Hailey tried to take a more mature attitude to Matthew fathering his son, Champion Daily noted. At the time, they reported that she said she’ll try “figure out a way to fix this mess and co-parent with Matthew.'” Apparently, that came after she spoke to her dad about being a mom now, and not a child.

It might sound childish the way these two go at each other all the time. But, perhaps it should be put in perspective. Really, both of them of little more than kids themselves. What do you think? Is this really the end of the road, or will these very young adults find a way forward? Sound off your thoughts in the comments below.

See Jinger Vuolo’s SHOCKING Before & After Transformation Photos
Janelle Brown Encourages Fans To Change: ‘Do Something Different’
‘The Bold and the Beautiful’ Spoilers, August 2-6: A Wedding For Steffy and Finn
Blayke Busby: Actress? See The Tween’s Stage Debut At Summer Theater Camp
Courtney Waldrop Rushes Rawlings To Hospital, Leaves In A Cast