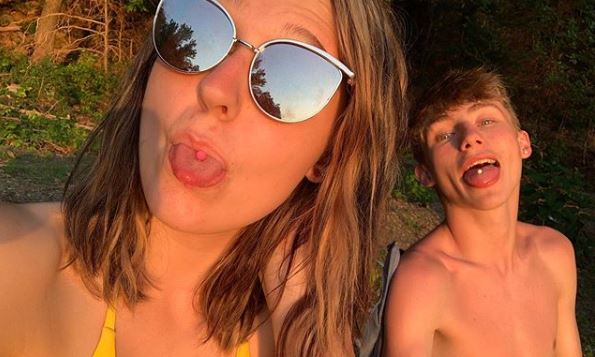 The news came out tonight on the big Unexpected tell-all that Hailey 2 is pregnant. There has been a lot of speculation going on about this for a while. She had been denying it, but tonight the news came out.

Hailey 2 reveals the news on Unexpected

Tonight on the show, Hailey 2 said that she had something to share if Matthew was okay with it. She explained that it was something the couple had been fighting about. Then she said that she was eight weeks pregnant with his baby. There is a lot of speculation that she got pregnant on purpose, but nobody knows for sure.

During the announcement, Hailey said that she had disappointed a lot of people with this news. It sounds like her family wasn’t thrilled when they found out.

Hailey has already been sporting a baby bump and TV Shows Ace reported on it. She went to a wedding and then later shared pictures from it on her Instagram. In the first picture, there was no doubt that she had a baby bump. In other pictures from the wedding, it wasn’t as obvious. This is probably because she isn’t very far along at this point. It looks like she has taken these pictures down.

This means that Matthew is now going to be the father of two young children. His first daughter is with Hailey #1 and they are no longer together. He is with Hailey #2 and tells her that he is going to be a family with her. Only time will tell if that is how it will work out or not, though. You can assume they will be back next season because this drama is something the viewers want to see.

Tonight she shared excited about the news. Here is what she had to say.

Don’t miss Unexpected when it returns to TLC for another season. They have been asking for people to apply so this show is coming back for sure!