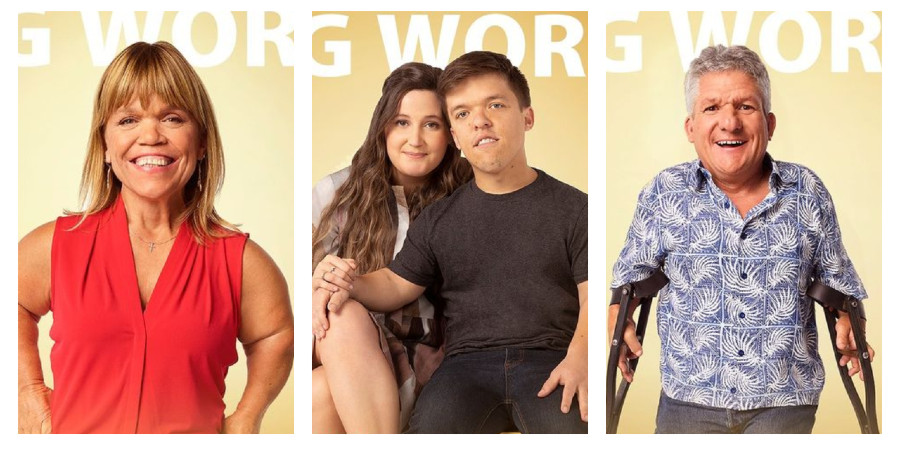 Little People, Big World is among the favorites on TLC. The long-running show is currently airing its 22nd season. The show first debuted in 2006. In addition to parents Matt and Amy Roloff, their kids Zach, Jacob, Jeremy and Molly also featured. Molly only appeared in the early seasons. Jeremy and Jacob have also since left the show. Zach Roloff, his wife Tori, and their two children are the next generation of LPBW.

But is the end of their time on the show drawing near? Tori Roloff reveals how they will know it’s time to shut off the cameras.

Fans of the family show loved watching Amy and Matt Roloff’s kids grow up. Most of them are married with children of their own now. Luckily for viewers, Zach and Tori Roloff allow their children to appear on the show. In fact, in a new interview with Entertainment Tonight, Tori reveals that Jackson thinks it is his show.

Lilah Roloff and her little glasses absolutely melt fans’ hearts. Amy and Matt Roloff may be divorced, but they are still united when it comes to giving their grandchildren the best life.

Little People, Big World fans were shocked when Amy & Matt split up. Well, not entirely. Some viewers saw it coming a mile away with their constant bickering. Amy leveled some harsh accusations against Matt and farm employee Caryn Chandler.

However, with time, Amy moved on with Chris Marek. In fact, their wedding is happening this summer. And the farm is the ‘Plan B’ location if needed. Since viewers have invested so much into the Roloffs, they hope to see Amy’s wedding play out on screen.

During the interview with ET, Zach appears to confirm that the wedding will air on TV, but Tori cuts in with a “stay tuned” teaser. The couple did discuss their excitement over getting the whole family together for the nuptials. Viewers may even see Lilah as the flower girl, along with her cousin Ember.

Tori Roloff Reveals When They Will Leave LPBW

There has been a lot of speculation that Zach and Tori may move onto the farm and take it over when Matt retires. However, those hopes seem to have come and gone. Does that mean Tori and Zach may leave the show? Not yet, according to Tori.

She told ET that she and Zach will continue appearing on the TLC show until it’s “not fun anymore.” She also jokes that Jackson could get his own spin-off someday.

How much longer do you think Little People, Big World will continue? Could the Jackson spin-off actually happen?

Tune in Tuesdays on TLC to see more of the Roloff family.

Javi Marroquin Calls Cops On Lauren Comeau For Abuse, Guess Who Has His Back On This?
‘The Bachelorette’: 20 Things To Know About Blake Moynes
Exclusive Preview: discovery+ True Crime Series ‘Relentless’ Finale, Was Whittaker A CI?
‘Young And The Restless’ WAIT!! Rey Rosales And Chelsea Lawson Fall In Love?
Jenelle Evans List Reasons Why She Claims ‘I Can’t Work’