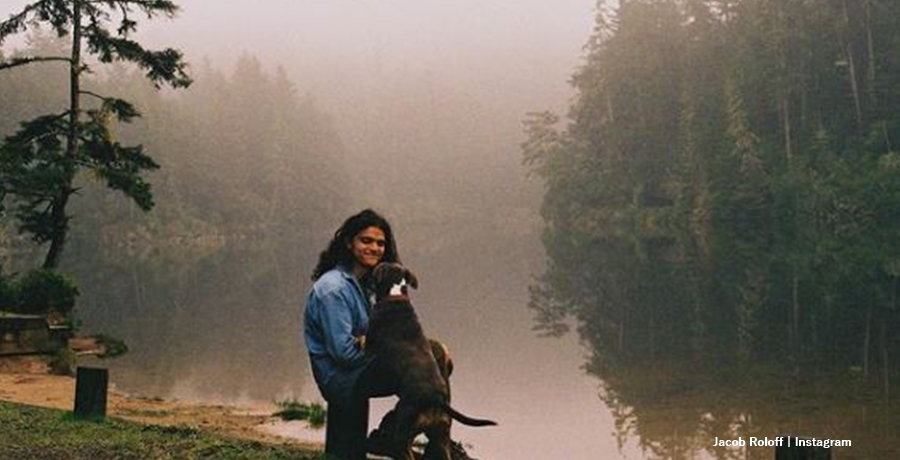 Jacob Roloff fans often wonder if he and his wife Isabel Rock still live in a van. Actually, they traveled a lot and loved the lifestyle. Little People, Big World fans know that Jacob enjoys writing and collecting first edition books. Plus, Isabel is very creative and into art, photography, and books as well. So, do they still live in the van by the river? What job does Jacob do, and might he start farming with his dad, Matt?

Little People, Big World fans know that Jacob and his wife took off and traveled a lot. It seems like a perfect lifestyle for the young couple. With no kids, they enjoyed the freedom of travel. Meanwhile, the LPBW alum wrote books and they sell okay. Isabel does photography, so it seemed a nice way to live. However, they settled down. If you think he still lives in a van, you’d be wrong. In fact, they moved to Bend, about three hours away from Portland and they live in a nice home. In April this year, Caryn and Matt visited them and he described their home as “cozy.” Elaborating, he said the “walls [are] laced with books and hand made art Izzy makes and musical instruments were everywhere.”

TLC fans know that Isabel and Jacob Roloff seem to spend a lot of time with Matt. In fact, Isabel also pops in and visits Amy from time to time. Certainly, it looks like Isabel’s positivity and Jacob’s revelation about molestation brought the family closer. Speaking with Alex Lace on First Class Fatherhood, Matt that he feels “very very proud of Jacob.” The Little People, Big World patriarch also talked about how he’d like to see all the kids have an interest in the business on the farm. Plus, he mentioned Jacob’s interest in compost farming. In fact, he hoped that Jacob might farm in a “corner” of Roloff Farms.

Where does Matt’s youngest son work?

Sometimes, fans think that Jacob Roloff grows hemp or marijuana. Well, according to a post that he shared this week, he is involved in the industry and pushes for unionization for workers. However, when fans asked why he didn’t tag the farm, he said he doesn’t particularly want his “boss” following him. So, it looks like he works for someone else. Other fans noticed that it’s a big industry in Oregon. Hemp juice also becomes popular in the region as do other CBD products.

Will Jacob Roloff go and work and start his own farming on Roloff farms? Well, Bend is about three hours away from Matt’s place. However, recent posts and clips by Matt and Jacob show him with Matt. One post that Jacob popped up revealed him with Jackson as they went about planting seedbeds.  Then, last weekend, Matt revealed that he spent time with Jackson and Jacob checking out the seedbeds and the sunflowers. Perhaps Jacob started his corner of the farm and spends time there on weekends. If that’s the case, perhaps they say goodbye to Bend one day and relocate back to Portland.

Did you know that Jacob starts some sort of farming with Matt? What about his job? Do you know for sure if he works for someone else? Will they leave their little home in Bend and moved onto the farm? Time will tell so remember to check back with us for updates about Isabel Rock and her husband.