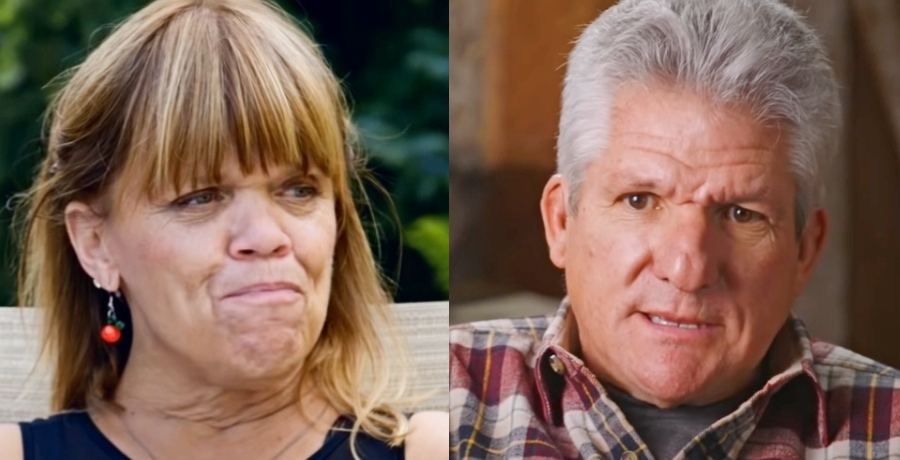 If you are interested in knowing more about what ended the marriage of Matt and Amy Roloff, keep reading. We’ve got the details.

When did they get married, anyway?

Via YouTube, Amy Roloff dove pretty deep into the details of her marriage to Matt. Turns out, they had a long-distance relationship nearly the entire time they were dating. This was true of their brief engagement as well. You can watch a video that goes into detail about the beginning of their relationship down below.

Amy and Matt Roloff barely knew each other when they married

Unfortunately, it sounds as if Amy and Matt didn’t know much about each other when they got married. This is because they spent very little time together before getting married.

Amy reveals she and Matt only met in person four times before becoming engaged. She explained she didn’t want to let distance get in the way of being with Matt.

We got married three months later. I moved from everything I’ve ever known — my home, family, friends, community, and home state to move out West to where he lived.”

Unfortunately, it sounds like Amy Roloff gave up a lot to marry a man she barely knew.

Matt and Amy Roloff got married on September 12, 1987. Just three months after their engagement.

And, when did they get divorced?

It was in 2006 that the world met Amy and Matt Roloff via Little People, Big World. The Roloffs. Born with dwarfism. They ran a family business called Roloff Farms. They had four beautiful children together.

Amy and Matt Roloff struggled with a lot of what you would expect a married couple with four children to deal with. They had angsty teenagers. They had struggles of raising a child with dwarfism.

Matt and Amy Roloff even had struggles within their relationship. But, it wasn’t until after three decades of being together that things ended. The couple called it quits. They got divorced. When exactly did this happen? And, Why? Those are the questions LPBW fans really want to be answered.

Ok, so why did Amy and Matt Roloff divorce?

According to Nicki Swift, there are a whole wealth of reasons why this marriage came to an end after 30 years. The simplest reason could be just that Amy and Matt really didn’t know each other when they got married. While this could have been a factor, many believe there were several contributing factors. Here are some of the reasons fans think this relationship ended:

By themselves, any one of these issues could have driven a wedge between Amy and Matt Roloff that couldn’t be mended. But, several of these issues mixed together? It is possible the marriage between Amy and Matt ended simply because they couldn’t find any joy in their relationship. After being on TV and in the spotlight… It is possible the marriage was just too much work.

Many media outlets do not report exactly when Amy and Matt Roloff got divorced. Why? Well, simply because there is a lot of differing information on when exactly they filed. The timeline of their divorce and separation looks a little something like this:

Who filed for divorce first: Matt or Amy?

Court documents at the time reveal Matt and Amy were able to split their assets evenly. And, they were both “satisfied” with the end results of the divorce. So, it doesn’t appear that Amy Roloff filed for divorce first nor did Matt Roloff. It sounds as if it was a mutual decision.

They are both are happy with other people now

But, things are always very tense between Amy and Matt. Even their son Zach admitted on the show it was better for everyone’s mental health for his mother to move off of Roloff Farms and sell her portion of the property to get that separation from her ex-husband.

Do you feel like you know more about Matt and Amy Roloff’s divorce now? Why do you think they got a divorce? Share your thoughts with us in the comments!