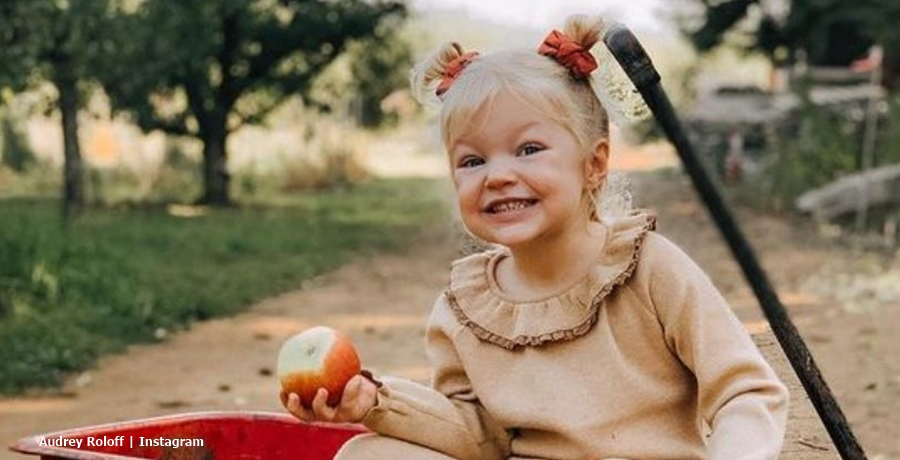 Ember Roloff looks so adorable in photos shared by her family. Sometimes, her grandpa, Matt Roloff shares photos of the time he spends with her. Quite often her dad, Jeremy posts up some nice photos of him out with his daughter. Of course, her mom, Audrey keeps a steady flow of pictures coming on Instagram. This week, Ember’s grandmother, Amy shared a photo of her and said that she’s very excited about a “special day.”

Ember Roloff poses next to Amy

In the photo that Amy shared on April 26, Ember smiled very sweetly. She wore her hair in pigtails and stood next to her grandma. Amy smiled a huge smile as she stood with her arm around the little girl’s shoulder. Actually, Amy smiles a lot these days. At least, when she’s not around Matt, anyway. A recent teaser for Little People, Big World Season 22 revealed that she even seemed a bit snarky with Chris Marek for getting along with Matt. That came when they went to the farm to plan for her wedding. When Chris asked Matt what he thought, Amy seemed upset that he consulted with her ex.

It looks like Ember Roloff helps her grandmother prepare for her wedding to Chris Marek. Word is that finally, they will tie the knot in August this year.  TLC might even air it on Little People, Big World. We reported that Amy seems thoroughly into planning her wedding. In fact, she got some friends on board and they help her with it as well. Amy always wanted a full wedding for Chris as he never had one before. Amy of course, married Matt Roloff about 30 years ago.

The special day that grandma Amy talked about

It turns out that the special day that Ember Roloff looks forward to is the grand wedding. In the photo that Amy shared, the Little People, Big World star showed that Ember held onto a basket of flowers. She held a yellow one in her hand. Additionally, the basket looked decorative, like you’d see at a wedding. In the caption that Amy put on the post, she talked about her granddaughter.

Ember Roloff will act as Amy’s “flower girl.” The TLC star confirmed, “Ember is gonna be the flower girl in Mimi’s wedding and she’s very excited about it.” Well, Ember’s an old hand at weddings already. Recall, she and her cousin Jackson appeared at Jacob’s wedding. Both of them carried their signs. One of them, carried by Jackson read, ” Just” and Ember’s said, “married.” The little kids also enjoyed dancing at the party as well.

Do you love the idea of Ember Roloff featuring at Amy’s wedding as a flower girl? Do you hope we get to see the cute kid enjoying the special day? Sound off in the comments below.