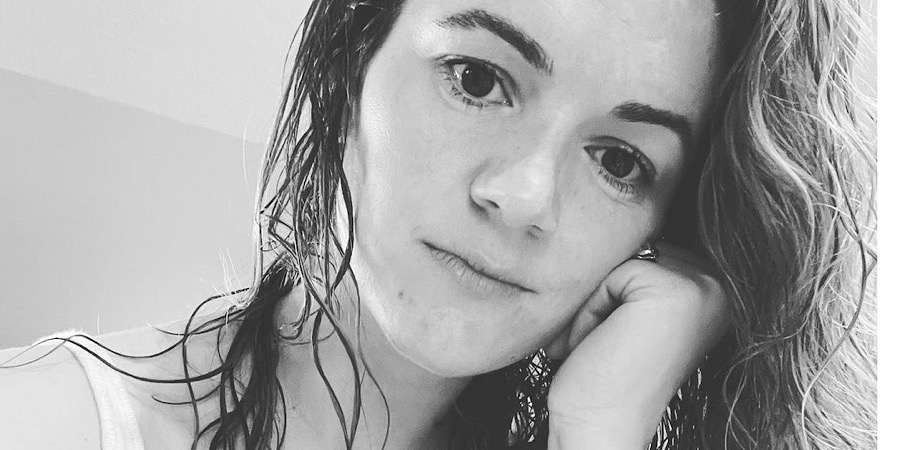 Last week on Seeking Sister Wife, Garrick and Roberta made plans for a baby without consulting Dannielle. Since COVID had interfered with their lives, they felt they should skip the wedding. Bert is not getting any younger so it was babymaking time. The Clarks met Christa from Texas and felt she encompassed many of their core values. They want to plan a trip for her to meet them. Sidian had fun with Alexandra and now wants to have a date that includes Tosha. Kimberley continued to bond with the Winders and explored their farm. Finally, Dimitri talked to Ashley about legally marrying Christeline.

After courting Chrissy for about ten months, Dimitri is picking out his outfit to propose. Ashley is helping him decide because it is a big night. She has been in America with her daughters for five months on an extended visit. Chrissy initially came to California to avoid the COVID travel ban. The Snowdens feared if she did not come when she did, they might not see her for a very long time. Now, they cannot imagine their home without her.

Ashley is very excited to know this could be official very soon. She loves the idea of making Chrissy her true sister wife. Chrissy knows they are going on a date and is excited to get out, especially because of the pandemic. Ashley knows Chrissy could say no to the proposal since she would be officially uprooting her life in South Africa. However, she is remaining optimistic as the duo steps out for their big night.

Date Night For The Merrifields

It is the couple’s thirteenth wedding anniversary so Garrick and Dannielle are going out to dinner. They acknowledge it is different this year as they are legally divorced for Roberta’s sake. Garrick believes this has brought them closer together. It has also given Dannielle an amazing sister so Garrick suggests they make a video for Bert with them toasting.

Bert’s K1 visa status still has not changed and then Garrick brings up the babymaking situation. Dannielle is honest and says she wishes they would wait on the babymaking. Just in case the visa gets denied and she has the baby in Brazil. Garrick says they cannot stop their lives. He acknowledges Dannielle’s concerns but will still move forward, stating his faith in God. At this point, Dannielle knows they are just headed to Mexico to make babies.

The Joneses Group Date With Alexandra

There were some red flags when Sidian went out with Alexandra. She does not want kids and she is still dating around. This does not sit so well with him despite the fact they very much clicked on many topics. She did say she wanted to get to know him and Tosha better as a couple. Tosha thought it was a great idea so they are going on a group date. She admits she was not sure this lifestyle was for her until she experienced it either.

Alex comes by the house for an outdoor picnic. She explains to the camera that this lifestyle has caught her attention over the last few years. Alex is grateful to finally have the chance to experience it. She asks Tosha what’s in it for her by being polygamous. Tosha responds she likes having a super close bond with a woman. As for kids, she does not have any of her own. She is waiting for a sister wife so they can do the family planning aspect. His kids do call her mom.

Tosha says she did not walk in feeling maternal until it was just natural. Alex wanted children in the past but no longer. They ask her what she wants and she admits she does not think she could commit at this point. There is so much she is unsure of and it is not fair to keep it going when she does not know what she wants. They think she was open but not enough. It is hard on Tosha, thinking it might not happen.

What’s Up With The Winders?

Kimberley has left and the wives really liked her. But Tami and Sophie are not sure how Colton felt about her. He finally tells his wives he just did not feel anything towards her. She checked all the boxes so he is somewhat puzzled as to why it’s not clicking. He is almost leaving the door somewhat open. She just was not right for him and he could not see her as his mate. This would be someone he would have kids with in the future. He cannot force the connection.

They decided to pause where they are and continue to pray on it. The family has to look back on how far they have come this year. All they wanted was to live in one house and they have achieved that goal. They are looking to the future and hope to find out Tami is pregnant very soon.

So this is how the proposal is going to happen. Dimitri is driving Chrissy around, telling her they are going to a venue. While they drive, Ashley is turning the backyard into an oasis. When they get back, he will blindfold Chrissy and bring her there. The kids have even helped with the decor.

She has no idea she is at the home as he guides her through until they end up by the lit pool. When Dimitri takes the blindfold off, Chrissy is shocked at the transformation of the backyard. It is filled with lights, lilies, and a has a teddy bear. Dimitri gets down on one knee, with the children watching through the window, and asks her to marry him. She says yes after a pause.

The teddy bear is holding the traditional anklet engagement bracelet. Ashley comes out with the kids to congratulate them. She is thrilled about the new addition. He points out they have to get legally married so she can stay in America. Chrissy says she had only come to visit and did not plan on staying so long. Yet, she knows to be with the Snowdens and be in their family, she legally needs to marry Dimitri. It is a lot for Chrissy to take in.

Jarod and Vanessa have not had it easy since Kaleh left them. It has gotten to the point where Jarod is questioning if this life is for him anymore. He notes his kids are the main source of what keeps him going every day. Christa has brought back his faith. She brings everything to the table he has been looking for. It has regenerated Jarod’s zest for polygamy because she is looking for the same things out of life as he and Vanessa. He notes he would like to have up to four wives but Vanessa just laughs.

Garrick and Dannielle are headed back to Mexico. They are taking Dannielle’s’ parents and the kids with them. It has been eight months since they have seen Roberta. They will be going for a handful of weeks and are basing it on Bert’s ovulation schedule. The Merrifield kids are excited to have two moms for more attention. Instead of the hotel, the family got a villa, and Dannielle’s parents will meet Bert for the first time.

Next week, Chrissy will legally become Mrs. Snowden. However, her family is not happy with Dimitri and his lack of respect. Garrick and Roberta start the babymaking process and Dannielle’s dad reminds him why he can have two women. However, something is not looking so good where the lawyers are concerned. Watch new episodes of Seeking Sister Wife Mondays on TLC and discovery+.

Lisa Rinna Continues Campaign To Get Daughter Amelia Gray Hamlin And Harry Styles Together
Scott Disick Is No Longer Keeping Up With Any Of The Kardashians
‘BIP’ Brendan Morais Reportedly Fired From NordicTrack, Why?
‘Bachelor In Paradise’ Brendan & Pieper Shock Fans On Instagram
‘RHOBH’: Camille Grammer Spills Details On Erika Jayne’s Legal Troubles