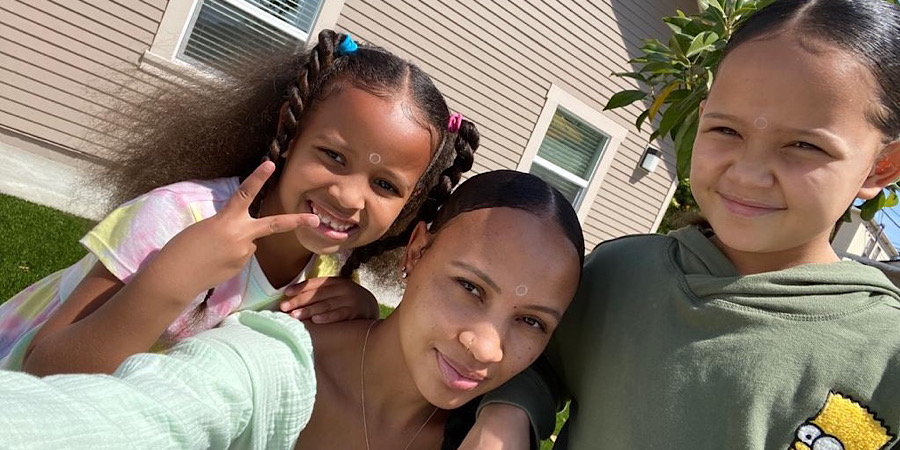 A few weeks back, Ariadne Joseph created a GoFundMe for Seeking Sister Wife cast member, Christeline Petersen. Petersen has been in hiding since accusing her husband, Dimitri Snowden of domestic abuse. She also obtained a temporary restraining order. The TRO and all charges against Dimitri and his wife, Ashley have since been dropped. However, Ariadne is a former sister wife, corroborating Christeline’s story. She appeared on John Yates YouTube channel to share her horrific experience with the Snowdens. Several Snowden exes have come together to help Chrissy with a GoFundMe. Yes, some viewer comments have been negative but several are very supportive. They are sharing support by donating to the GFM and sending Chrissy positive messages.

Once the charges against the Snowdens were dropped, some were skeptical about Christeline’s story. She had moved her and her daughters to California from South Africa for people she had met once. Then, she was making extreme and detrimental allegations. It sounded plausible until Dimitri showed the judge texts from Chrissy to invalidate her story. Thus, the charges were dropped. Yet, there was more to the story and other victims were not about to keep silent.

The Snowdens apparently made anyone they dated sign NDAs. However, Ariadne Joseph never signed one so she was very verbal about her experience. She shared the abuse she suffered and how everything Chrissy said was true. Tayler Monique, who the Snowdens were also courting this season, stood by Chrissy. Then, Vanessa Cobbs came out.

Up until the abuse allegations, she had been relatively mum in Australia. She left the Snowdens after the Season 2 tell-all for undisclosed reasons. Along with Tayler and Ariadne, they formed a sisterhood and soon, a GoFundMe. Dimitri filed for divorce from Chrissy, even though no one knew they had legally married. She needed to get her and her family back on their feet. Not only is it working but fans are sending words of encouragement to Christeline.

GoFundMe’s goal is set at 10. It has reached almost seven thousand dollars. Seeking Sister Wife co-star, Sidian Jones has donated as well as Tayler, John Yates, and Vanessa. The link has been shared on several social media and fan pages. Fans started to chip in what they could and with donations have come words of encouragement.

“Hey Chrissy stay strong for your girls I’m praying for you and girls,” one contributor posted. Another shared these kind words: “I stand with you Chrissy Be the strong warrior I know you are. It’ll all be okay. God has you and those precious babies.”

Many say to keep her head up or simply that they are praying for her. Because of her situation, Vanessa is the current beneficiary of the GFM. However, Chrissy will be getting all of the money in the end minus the company fees. In the next episode of Seeking Sister Wife, Dimitri will ask Chrissy to legally marry him. Watch it Mondays on TLC and discovery+.