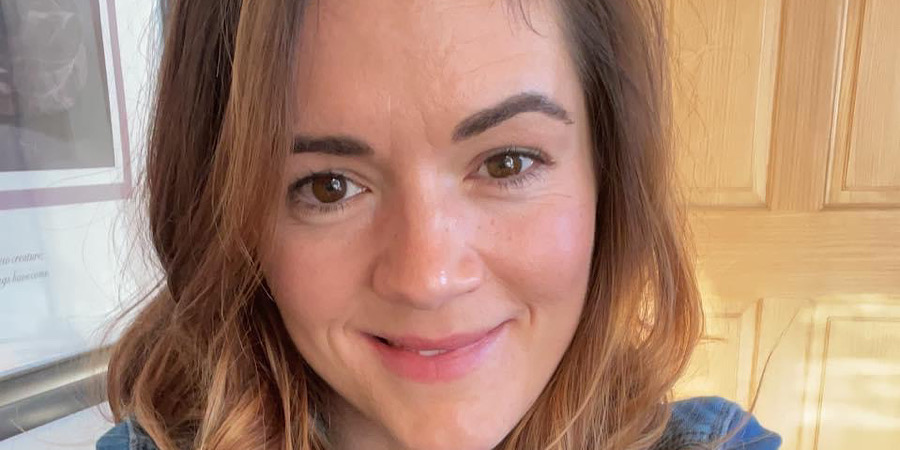 It appears Dannielle Merrifield may have a new man. Seems the Seeking Sister Wife star left the toxicity of Garrick and Roberta. Who is the new mystery man? This is still a mystery as is most of the relationship. However, Backwoods Barbi has put together enough evidence to prove Dannielle and Garrick are over.

Garrick has not been a fan favorite since Season 3 premiered in March. Fans despised how he lacked compassion for Dannielle. He was also insufferable once he was with their potential sister wife, Roberta from Brazil. While making wedding plans, Garrick did not attempt to include Dannielle. In fact, he made her feel insignificant like Roberta was all he needed.

On night one of their eight-day Mexican vacation, Roberta did not want Dannielle to be alone in her hotel room. She invited “sister” to come to stay with her and Garrick. They stayed up all night, chatting and reconnecting. Little did Dannielle know Garrick and Bert had been quickly intimate when she went to grab her pajamas. Finding out killed Dannielle, making her feel like a third wheel. All Garrick did was smirk and giggle.

Upon arriving home, COVID shut everything down. Bert ended up contracting the virus and had to relocate to her cousin’s home where communication lacked. This was when Garrick and Bert made the decision, without Dannielle, to forget the wedding. Instead, they would fly to Mexico and try for a baby. Viewers were appalled at Garrick and Bert’s lack of consideration. They have been begging Dannielle to find someone new and officially leave the marriage. Seems like she may have taken their advice.

Clues Dannielle Has Moved On

Backwoods Barbi has put some serious research into this issue. Here are her findings. First off, Roberta nor Garrick ever like any of Dannielle’s social media postings. This makes sense. TvShowsAce reported Garrick was not following his ex-wife on Instagram. There are also no photos of the couple together on Facebook. Just of Garrick or Roberta and the Merrifield children. The same for Dannielle’s Facebook. She has pictures of her children and selfies with friends but no Garrick to be seen. Likes from Roberta’s camp come solely from Bert’s mother.

Recently, Dannielle posted a photo with her feet intertwined with a man’s foot. She tagged it as a date night with her love, stating she was “happier than ever.” BB noted the shoes the man was wearing and how they clearly were not Garrick’s. He has a specific type of flip flops he wears and those were not them. There was also controversy about a photo of Bert with the Merrifield sons.

In the reflection, it looked to fans like it was Dannielle. Upon further review, it was actually Garrick. Dannielle has also shared some motivational posts on her Instagram. It looks like she is ready for a major life change. Is it one without Garrick? Legally, the three cannot say because of NDAs. So, keep watching Seeking Sister Wife Mondays on TLC and discovery+.