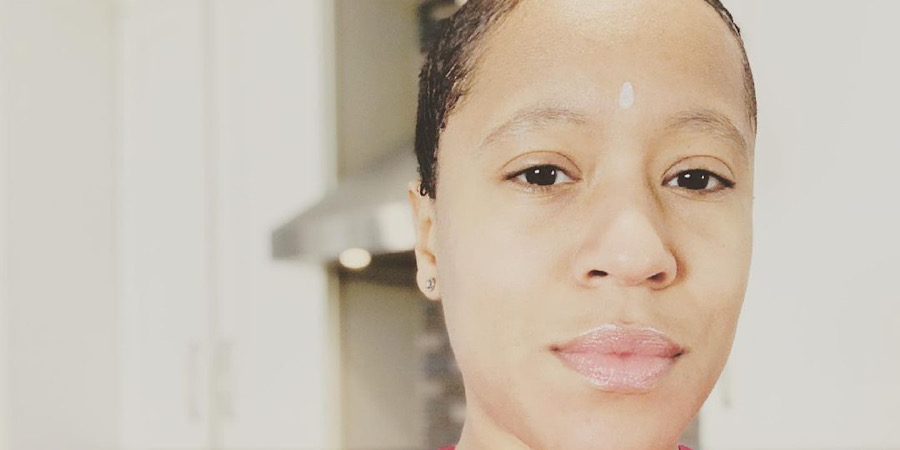 Ashley Snowden is finally speaking out on the controversy surrounding her and her husband, Dimitri. At the end of April, the Seeking Sister Wife stars came under fire for alleged domestic abuse 0f Christeline Petersen. The Snowdens are courting Petersen on the current season of the hit TLC series. Along with Christeline, they are also pursuing Tayler Monique. Allegedly, after a year with the Snowdens, the abuse became so bad, Petersen obtained a restraining order against Dimitri. It was later dropped, yet the women involved started speaking out against the Snowdens. Until now, Ashley and Dimitri have remained silent.

Tayler was the first to send support Christeline’s way after the allegations came out. She shared a photo of the two women on her Instagram. Vanessa Cobbs was next to step up after the temporary restraining order was dropped. Cobbs wed the Snowdens at the end of Season 2 but departed the family after the tell-all. She never shared what exactly led her to leave other than a change of heart.

Cobbs soon posted a picture of a purple heart drawn on her hand which was meant to support victims of domestic violence. She followed it with a series of posts about narcissism and seeking help for mental health issues. Many believed it was all directed at Dimitri. He had deleted his social media only to return a day before the domestic abuse claims to share he had been abused as a child. Dimitri went on to conclude his post with a mental health hashtag.

Tayler doubles down by posting that Seeking Sister Wife needs to be canceled which Vanessa reposts. She tagged Ariadne Joseph in the cancellation post. Joseph turned out to be another ex of the Snowdens and gave an explosive interview to John Yates, leaving listeners wondering why the Snowdens are still on television. Now, Ashley has responded and she is still keeping her head up.

Ashley Snowden- Keeping Her Head Up

Despite all that is going on and being said about the Snowdens, Ashley is still keeping a positive attitude. In an Instagram post, Ashley addressed the elephant in the room. First off, her Etsy store is up and running if anyone wants to shop. She then acknowledged the meat and potatoes in her life. Ashley noted she is not a reactionary person so she is keeping her calm throughout this storm while maintaining her integrity.

Ashley understands the family’s life is on television so everything is intensified but says she will have the chance to speak her truth. It just will take a little bit of time to occur. Keeping patient is essentially the key to her happiness though she points out justice has been served. Presumably, she is referring to the restraining order and the charges from Petersen being dropped. She is also aware of every interview and video, keeping them in her back pocket until a later time.

Additionally, she acknowledges she has turned off all comments. The comments have actually been limited and there are fourteen, only positive. What are your thoughts on the Snowdens at this point? Do you think they are innocent or have something to hide? Let us know in the comments and do not miss Seeking Sister Wife Mondays on TLC and discovery+.