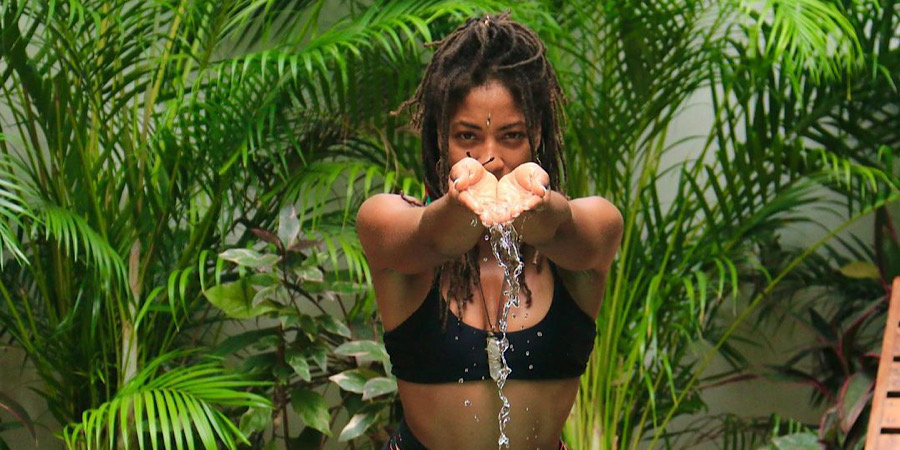 Tayler Monique and Vanessa Cobbs are ready for Seeking Sister Wife to be over- for good. Both women were courted by Dimitri and Ashley Snowden on the TLC series. Now, they are calling for the cancellation of the show via Instagram.

Last week, Dimitri and Ashley were accused of domestic abuse by the current sister wife they are pursuing, Christeline Petersen. The South African single mom alleged Dimitri choked her when they were intimate and caused her bruises. This went on for a year and claimed Ashley was just as bad. Her daughters also feared the Snowdens and their abusive nature so she sought a restraining order.

Chrissy got a temporary one against Dimitri but was unable to get one against Ashley. Unfortunately, she did not have a strong enough burden of proof. Thus, the RO was dropped. However, she had support from Tayler who sent her love via Instagram. Vanessa Cobbs, who married the Snowdens at the end of Season 2, posted a purple heart on her hand. She shared this post on social media as purple is the color against domestic violence.

No one knows exactly why Cobbs chose to leave the Snowdens but a few days later, she posted a series of messages. They included a narcissists prayer and a mental health talk. Around the time the charges came out, Dimitri claimed he had some mental health issues but fans felt he was detracting.

The Ladies Versus The Snowdens

It seems the ladies involved with the Snowdens have signed NDAs, they have no problem cryptically sending messages. Yesterday, Tayler posted a picture of a trash can with the words “throw the whole show away!”

Below the picture, she added that she knows too much to be silenced. Her hashtags included #pullthefamily #quitenabling and #CANCELseekingsisterwife. Both Vanessa and Chrissy responded with hearts and love. Eventually, Vanessa ultimately went on the share the post in her stories as did Christeline. Eventually, Christeline set her Instagram profile to private. The three ladies have rallied together with the hopes of spreading awareness.

Followers want to know the whole and real story from the ladies and are tired of the posts. Still, they have a lot of support from fans and viewers. One follower said: “That’s right sis don’t be silenced. You have a voice and a beautiful one too.” Yet, another posed this question: “If it’s criminal what they did, doesn’t that void the NDA?” Do you think the show should be canceled or at the very least edited? Sound off in the comments and do not miss Seeking Sister Wife Mondays on TLC and discovery+.