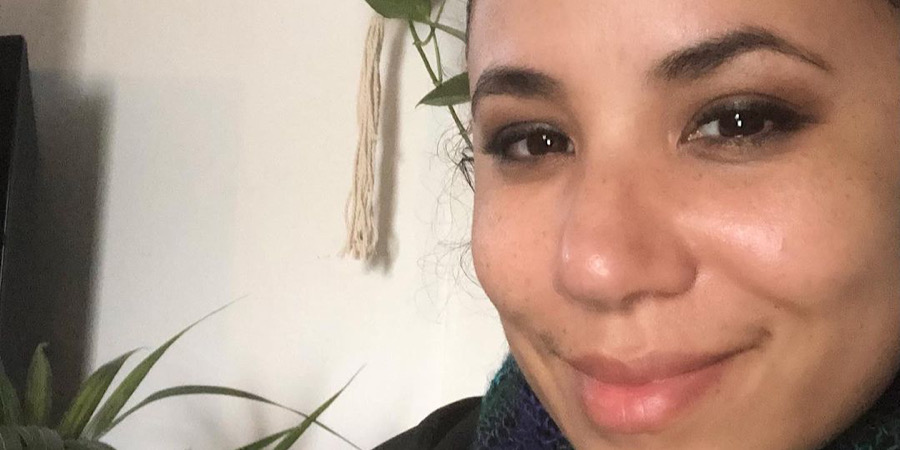 Vanessa Cobbs has never publicly spoken about why her relationship with Dimitri and Ashley Snowden ended. She left the couple after the Seeking Sister Wife Season 2 tell-all. The Snowdens alleged she broke up with them via text. She returned with her family to gather her belongings then left. Since her departure, Vanessa has been doing humanitarian work in Australia. She has not posted anything in regards to the show since she left but that has since changed. Last week, new sister wife Christeline Petersen accused the Snowdens of domestic abuse and obtained a temporary restraining order. They have since dropped it but it has led Vanessa to speak via posts- and fans are responding heavily.

After Dimitri and Ashley were accused of domestic abuse by Christeline, Cobbs took to Instagram. She posted a picture of a purple heart drawn on her hand. Fans felt she was supporting Petersen, possibly admitting she had experienced the same abuse. She appeared very happy during the commitment ceremony during the Season 2 finale. On the tell-all, there were no signs of distress.

To discover she had departed the family was a huge shock to viewers and fans. Dimitri posted how sad he was when she left. Admittedly, it took some time for him and Ashley to be able to move on. For Season 3 of Seeking Sister Wife, they were courting Tayler Monique from Georgia. Additionally, they met South African single mom Christeline on social media. In last week’s episode, Tayler moved in with the couple after her first visit with the couple. To be fair, they requested Christeline’s consent as she came to visit first.

Though it seems Tayler left the family early on, Christeline was around a year when she obtained a temporary restraining order. At the time the claims against Dimitri came out, he returned to Instagram with a post about mental illness. Fans felt he should not use that as an excuse for his behavior. It seems Vanessa agrees.

Vanessa shared a series of posts and they included words fans have used to describe Dimitri, including narcissist. She also posted about the act of enabling, which is what TLC is doing by keeping the show on the air. Below the post, she wrote to “stop lying to the world and yourselves.” Vanessa also encouraged therapy, saying there is no shame in it.

Fans immediately responded to the posts, saying: “I’m glad you’re safe and are no longer in that toxic environment.” Another follower added: “I was wondering if what’s being said was true and I’m guessing from these posts they are so sad and sorry you went through this.” Vanessa has yet to respond to any of the comments so she will likely keep her messages cryptic.

What do you make of her Instagram posting and is it directed at Dimitri and Ashley? Let us know in the comments below. Don’t miss Seeking Sister Wife Mondays on TLC and discovery+.