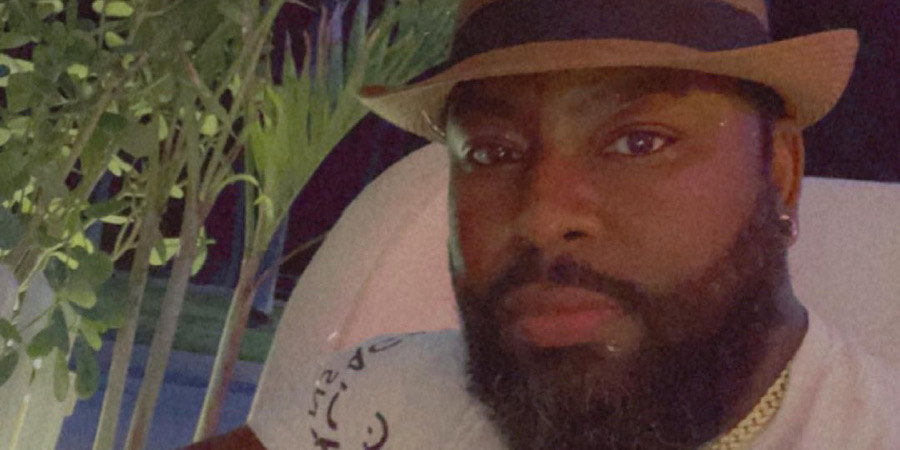 Last week on Seeking Sister Wife, Dannielle realized she was letting a third person into her marriage. Jealousy and insecurities ran rampant in her mind. While on their solo boat date, Roberta made it clear to Garrick she could not be in a marriage if Dannielle is not happy.

Sophie went into labor but the whole family could not go to the hospital because of COVID. Luckily, her mom and Tami were able to FaceTime and she went home less than twenty-four hours after giving birth. Tami feels protective of the new baby it looks like a positive for the growing family.

Tayler was supposed to go home after her visit with the Snowdens but asked to move in. They consulted with Christeline who said it was fine. Now, the two will officially meet in person. Will it still be fine?

Seeking Sister Wife Still In Mexico With The Merrifields

While still on their solo date, Dannielle is lamenting about Roberta and Garrick being intimate night one. She did not know about this until Roberta told her. Dannielle believed they were forgoing intimacy to make her comfortable but feels betrayed. Though she laughed it off at dinner, she knows she must be honest about her feelings. When Roberta and Garrick arrive back, they immediately go to Dannielle’s room. Roberta says she is going to shower and leave the two of them alone. She is hopeful her “sister” can overcome her jealousy.

Dannielle opens up about her feelings, saying she spent the day praying and on the phone. She admits she had jealousy in her when she heard they were intimate on night one. Garrick tells her Roberta values Dannielle so much that if she wasn’t happy, she would give him up. This makes Dannielle cry because she did not know Roberta felt that way. However, she wants to know she is enough for Garrick on her own. He tries to reassure her of that but he is not great at it. They thank each other for their love and Dannielle says it gives them strength. One more night then they leave.

Tayler Moves In With The Snowdens

After a whirlwind trip, Tayler asked to move in with Ashley and Dimitri. She is making the bed and one of the kids is bouncing around, having fun. As for the Snowdens, they did not sleep much thinking about what just happened. Yet, there is a lot to learn about Tayler and they are excited for what is to come. They agree she is a “go” on keeping her in the family. Ashley believes she will be a great mother figure after watching her interact with the kids and she wants her as a good friend.

Time for Tayler to tell her mom she has decided to stay in California and be with the Snowdens. Her mother has hopes this is a phase but Tayler says she will have kids. It just might look different than they expected in the long run. Tayler’s mom adds Dimitri has wife options but Tayler gets one husband so how is that fair? This gives Tayler some pause so she realizes she has a lot to learn about her new family.

Ephraim is now three months old but Tami and Sophie made sure their routine with Colton did not change. Tami did pick up a lot of the slack because Sophie had a hard recovery. The family felt they were very independent of one another. So they sat down and came together, especially now for Colton’s birthday. The wives are cooking dinner for him and baking a cake, which surprised him. He admits he does not get very animated but this stirred him up. By the way, he is thirty-three now.

The wives start talking to him about the possibility of Kimberley coming out to visit again. They have been chatting with her for a year now but her trip got postponed because of COVID. He thinks this might be too much for them to handle as of now. However, he has some concerns about Kimberley that he voices. He thinks she is very nice but does not have a big spark with her. The women remind him it has all been over the phone so, in person, it can be different.

Clarks On Hold Because Of COVID

A stay-at-home order was put on North Carolina so the Clarks could not be filmed. Once it was safe again, production was able to meet up with the family. Last time, Kaleh had agreed to spend more time over at the house. Jarod said she could keep her two jobs as long as she was around more. Did they meet in the middle? All the schools shut down and since Jarod works in the school system, he stayed home with the kids. Vanessa continued to go to work outside of the home. The producer asked about Kaleh as she was not on the couch with Vanessa and Jarod.

COVID made their relationship much harder. Jarod is seen calling Kaleh but her mailbox is full. They asked her to quarantine with them but she wanted to keep working. Her job is customer service-based and she is around a lot of people. It was not safe for her to be around the four kids so they quarantined separately. Ultimately, they decided to part ways from Kaleh.

Jarod feels Kaleh did not have to establish herself outside of the home but she did and that’s why they are where they are. It’s hard for Vanessa because she was their first sister wife. She was in their lives for two years but they cannot force anything unnatural. Vanessa has to believe whoever is right for the family will come along.

Because COVID was stalling travel all over the country, the Snowdens decided Chrissy and her kids need to visit ASAP. They feared if she did not hop on a plane, they would not see each other for a very long time. Tayler’s time with the family has been going very well but there has been no intimacy yet. Dimitri goes to get Chrissy and her children from the airport. They got out right before the travel ban was invoked. Chrissy’s family is very supportive of her big move though they wished she had stayed in South Africa.

The moment she arrived in the home, everyone seemed to mesh very well. All the kids will stay in one room yet Tayler is concerned her comfort will be at risk. She has been so happy thus far and is nervous to bring another woman in. Dimitri tours the house but he, too, is worried about the dynamic. He hopes everything is not super heightened because of COVID and questions taking on two new wives.

With all of the changes, Colton wants to check in with his first wife, Tami. They moved and he had a new baby with his second wife, Sophie. It has been very hard for Tami because she has had a very hard time conceiving. she reveals she found out she was pregnant around the time Ephraim came home from the hospital. Sophie was the first person she told. She was not sure if she should tell Colton and eventually she miscarried again. Tami is on medication to help her conceive but it is still failing her.

She has always wanted five kids close in age and to be done by the time she was thirty. It does not seem to be happening for her yet and she is resenting Sophie. She wants to be happy for her but is struggling. Colton does not want her to stop dreaming so he is hesitant to bring in Kimberley. Yet, he says it is up to God to decide what happens next. An invite has been extended to Kimberley so they are waiting on an answer.

It is their last night in Mexico so Dannielle, Roberta, and Garrick are going out to dinner. Roberta thanks them for the divorce so she can be with them in America. Now they just have to wait on the K1 visa to be approved and she can come to America. Garrick prays and it makes Roberta melt. She says she is very sad to know she is leaving them in a few hours. They overhear him crying when speaking to the cameras. He is so sad to be leaving Roberta because he loves her.

Both women go to comfort him and ask what’s wrong. They realize he is crying over missing Roberta and she is still there. Dannielle feels sad for him but she hopes he will still be happy with just the two of them when they get home. Next week on Seeking Sister Wife, Sidian has met someone online. Kimberley arrives to meet the Winder family while Jarod has a new lady. Finally, quarantine may have taken its toll on Tayler and Chrissy at the Snowdens.