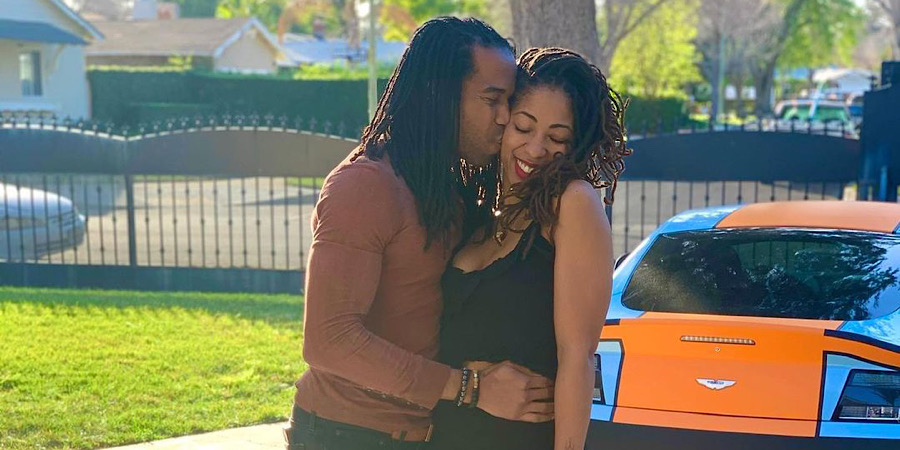 Yesterday, Seeking Sister Wife stars Dimitri and Ashley Snowden were accused of domestic abuse by Christeline Petersen. Petersen first accused Dimitri of the abuse, dating back a year ago. She also sought a restraining order to protect herself and her two daughters. Shortly after, TMZ also obtained documents accusing Ashley of abuse, as well. Petersen hoped to get a restraining order from Ashley but no word on if that is in effect yet. The Snowdens have been courting Christeline on the latest season of the hit TLC series. She is looking to be a potential sister wife along with Tayler Monique. Now, Monique is standing by Petersen’s side and showing her support on Instagram.

According to the reports, Christeline is a third wife. Though the series is still currently airing, it appears both she and Tayler moved in with the Snowdens. As of the latest episode, Tayler decided not to return to Georgia. After a whirlwind visit to California, she told Ashley and Dimitri she did not want to go home. She proposed she stay with them and start the process of becoming a sister wife. Because they had pursued Christeline first, they all called her for her consent.

Tayler and Christeline had become very close via chat so she immediately consented to Tayler joining the family. The next step was to get Chrissy and her two daughters to Cali so they could all mesh. This is supposed to occur in the next episode. According to social media, some states have already pulled the series until further notice.

Dimitri had deleted his social media in the middle of April but reactived it right before the allegations came out. He talked about mental health and issues he may have. Ashley posted something reflective and Tayler showed support for Christeline. In her stories, she shared a photo of her and her “sister wife,” and sent her love.

Where Does Tayler Stand In The Family?

Aside from her post to Christeline, Tayler does have a recent picture with Dimitri. It was posted within the last week. However, it may have been taken a while ago as there is no specific time stamp on it and she has a lot of promotional show posts. Her Instagram boasts that she hosts traveling workshops and does wellness retreats. As for who she follows, one surprise was Vanessa Cobbs, the ex-wife of Dimitri and Ashley.

Cobbs was courted by the Snowdens during Season 2 of Seeking Sister Wife which culminated in a lavish spiritual ceremony in the finale. After the tell-all, she left the family and moved to Australia. They claimed she broke up with them over text but Vanessa has seemingly disputed this. She also follows Ashley however both Ashley and Dimitri do not reciprocate the love. In any case, it’s nice to see her showing support. The rest will play out in time.