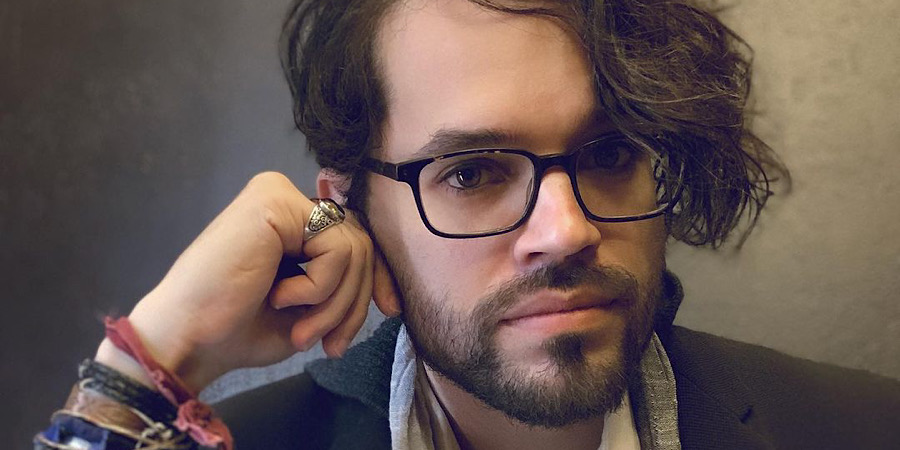 Last week on Seeking Sister Wife, Dannielle started to feel left out in Mexico with Garrick and Roberta. They were looking at wedding venues and planning the event. Though Dannielle is the maid of honor, having to really share her husband was more than she could take. Jarod and Vanessa tried welcoming Kaleh back into their family. Kaleh does not feel Jarod’s love is genuine and unconditional so she keeps leaving. Tami held a baby shower for Sophie even though she is struggling with infertility at the moment. Finally, Christeline left the Snowdens to return to South Africa but Tayler is on her way. She is the polar opposite so how will she fit in?

Dannielle is still dealing with a lot of insecurities in Mexico. They stem from Garrick wanting to be polygamous. She has never really gotten over them. Now to be here, divorced and planning his wedding to someone else, is a lot to take in. Yet, she is still reluctant to mention anything to her ex-husband or future sister wife. Roberta notices Dannielle is sad and addresses it. Dannielle admits she is insecure and it goes back to when he first wanted to live this lifestyle.

She feared he would fall in love with the new wife more than her so Roberta reassures her Garrick loves her. Roberta also says they must live in the moment and move forward. Garrick hugs Dannielle but she is kind enough to know they all have limited time together. Therefore, she is going to let Roberta and Garrick go have their evening together, no matter how she is feeling.

Stateside, Tayler is in California from Georgia to be with the Snowdens. As a family, they all go to a craft place to do art together. The potential sister wives know about each other which is good. One main challenge for Tayler is if she can be an instant mother since she does not have kids. Christeline is a single parent so she meshed immediately. Dimitri admits he has sparks with both women but on different levels. Tayler says she loves the newness and wants this to last. The Snowdens question what happens when you have to put in the hard work. She has to show them she is there for the long haul.

COVID Interferes With The Joneses Search For Love

Tosha and Sidian were very clear they did not want to find love on the internet. Friends of theirs had found it in bars so that is where they went. They had success and met a bartender who was willing to go out on a date with them. Aside from dating, Tosha has taken to making masks to help with the pandemic and there has been a lot of family time. The kids are being homeschooled and they do not know how polygamist families do it. Circling back to the bartender, Faith, ultimately polygamy was not something she was into.

They ended up meeting Elena right at the beginning of COVID. She is around the same age as Tosha and they loved her presence and independence. She has been in polygamy before so they all went out together. At the end of the date, Sidian asked Tosha to leave so he could kiss Elena. Before quarantine, things were going great but then it went downhill. Once it relaxed, they invited her to come by and chat. She shared this life was not the right path for her and did not have enough of a connection with Sidian.

It was very hard for both of them but they cannot lose sight of their goal. The pandemic won’t stop them so they’ve resorted to the internet. It is not something they would generally do but times are different now. Tosha reassures him someone will say yes when he asks them to be his wife.

Trying To Remedy The Clarks On Seeking Sister Wife

The morning after Jarod and Kaleh had a big blow-up, he and Vanessa are talking about the incident. Though Kaleh said she would come over in the evening, he questions if she will come through. Jarod says he does not like the fighting and the “ratchet” stuff. Vanessa tells him to be softer with his approach but he says Kaleh needs to be present. His biggest issue was Kaleh was working a lot and had two jobs. She could not be of help at home like she was before.

Kaleh is trying to save up as much money as she can in case this life does not work out. She never wants to want or need anything. Jarod finds it selfish. Kaleh does show up that evening and Jarod says they need to talk. He wants her to spend more time there with the family. Now, he wants to know what she needs. She does not want him to remind her of the mistakes she has made. Kaleh needs him to have some faith in her so they can move forward. He asks if she is staying but she says she has to go to work.

It is very important to her that she goes to work but he says the money does nothing to help her in the family. She says she has a lot she wants to achieve, things they’ve already had success with. He says he will meet her halfway but she has to be around more. Kaleh tells the producer she thinks they will be fine.

Ashley and Tayler are going axe throwing and they are trying to bond as women. She wants to make sure Tayler knows the life she is getting into. They don’t want a repeat of the Vanessa debacle and have two potential women to choose from. Ashley is discussing the concept of polygamy and what her perceptions are. Intimacy and the idea that they would be sharing Dimitri comes up. Tayler says sharing is caring and they start laughing.

Ashley admits she and Dimitri saw some red flags with Tayler on their group date with her. Now that she is alone with her, she feels much better. Tayler shares she and Christeline have set the intimacy schedule. Ashley likes how considerate the women are of one another and how they get along. Tayler asks about kissing on the one-on-one date. Ashley says that is fine but nothing further and brings up the alkaline diet which must be followed if they were to proceed.

Roberta brags to the camera that she and Garrick barely slept and the night was very hot. For Dannielle, it was hard to sleep alone but she is ready to have a good day with them. They are going to ride a camel and drink tequila. Garrick rides alone while Roberta and Dannielle ride together. Dannielle refers to Garrick as Aladdin, Roberta as Jasmine and herself as Abu. Soon, it is lunchtime and they drink tequila called “the babymaker.”

Roberta is soon not able to eat and feels she has to tell Dannielle something. She asks for the translator and speaks into it very fast. When Dannielle gets the phone, she reads that Roberta and Garrick were intimate the first night in Mexico. She says she is happy for them because this is what she expected but secretly she is hurt. That night, Roberta seemed to be so concerned for Dannielle’s well-being and did not want her to be alone.

Garrick says it was not malicious and he was not trying to hurt her and this is a part of being in a plural marriage. Dannielle admits she is holding back because she doesn’t want to say things she does not mean. Soon Garrick says he wants Roberta all to himself for a special trip the following day. He says she needs to bring her Brazilian bikini but Dannielle is still hurt. She sees him putting Roberta before her. Next week, Sophie is in labor while Roberta wants Garrick to stand up to Dannielle’s jealousy or she will leave. Tayler wants to stay with the Snowdens but is it all too much? Catch Seeking Sister Wife Mondays on TLC and discovery+.