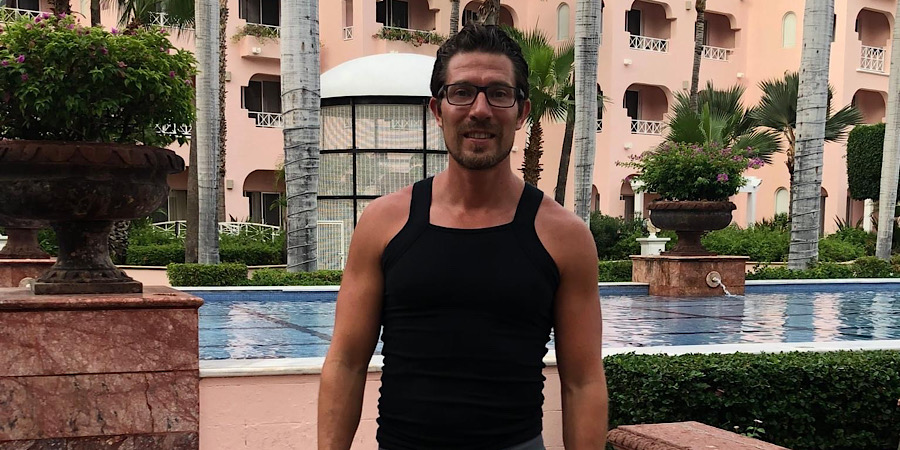 It’s his debut season but Seeking Sister Wife fans have already grown to loathe Garrick Merrifield. Along with his wife Dannielle, the two entered into polygamy two years ago. He felt a call from God and believed finding a second wife would bring him closer to Christ. Dannielle wasn’t thrilled with Garrick’s proposal to bring in another wife so she prayed on it. Realizing her kids would have another mother figure made the decision so much easier. Thus, they went on a polygamist dating site and met Roberta from Brazil. His relationship with her has left many questioning what kind of man Garrick really is.

Since Roberta is from Brazil, Garrick and Dannielle had their first meeting with her on a vacation in Mexico. By the second night, Garrick proposed and consummated the relationship. However, in order to get his new wife over to America, the best option was to divorce Dannielle. Yes, he had to divorce his wife for over a decade. The couple admitted they had problems in the past so it was seemingly not a big deal.

Upon their divorce, the couple headed to Mexico to reunite with Roberta for eight nights. The entire time, Garrick would stay in her room while Dannielle stayed next door. Fans fumed when Garrick referred to Dannielle as the “large wife” and Roberta as the “petite wife.” His insensitive behavior did not go unnoticed when it came to the couple being intimate right next door. Roberta cared more about “sister” as they call Dannielle than Garrick did. In the end, Roberta will apply for a K-1 visa so she can marry Garrick and come to the states.

This may seem shady but Garrick has a past. In 2003, he was charged with felony reckless driving and not wearing a seatbelt. It was later dropped down to a speeding charge. Eleven years later, he and Dannielle filed for Chapter 7 bankruptcy before moving from Wisconsin to Colorado. He has also said he does not have a relationship with his family since he chose polygamy but there must be more to that story. What else is there to know about Garrick? A lot!

Alone time? Not in this family! See more of the Merrifields on #SeekingSisterWife, TONIGHT at 8/7c. pic.twitter.com/DRmctCbiYz

The Backstory of Garrick Merrifield

According to FlyWorldInfo, Garrick is thirty-seven years old. He was born on October 24, 1983. His wife might be “large,” but Garrick is five foot ten and weighs roughly one hundred and eighty-five pounds. He has an education.  He attended both the University of Wisconsin-Whitewater and Carroll University.

A big question may be what does Garrick do for work? When the Brown family of Sister Wives came out as polygamists, their jobs were taken into consideration. Meri even lost her job at the time. Garrick is actually self-employed. He is the president of Merrifield Custom Builders and Landscaping which launched in 2014.

Does any of this information shock you? Share your thoughts in the comments below and don’t miss Seeking Sister Wife Mondays on TLC and discovery+.