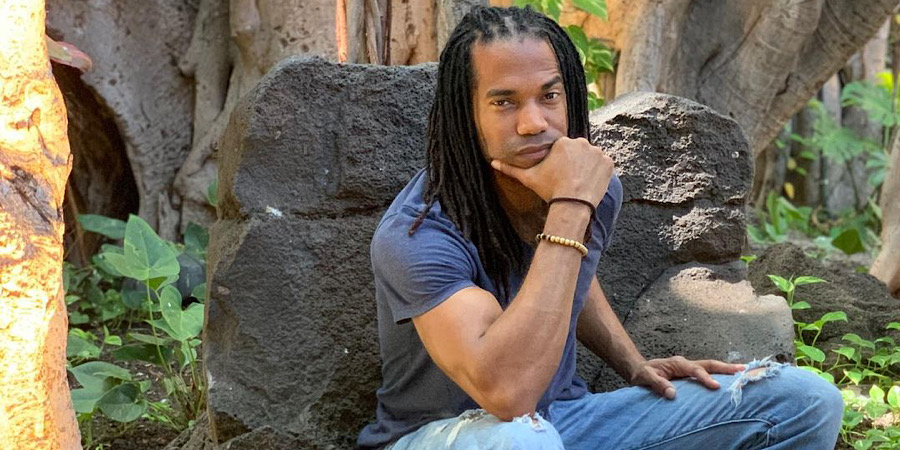 Seeking Sister Wife star Dimitri Snowden has abruptly deleted all of his social media accounts. This includes Instagram and Twitter. Fans were quick to notice and comment in Facebook groups dedicated to the hit series. Along with his wife, Ashley, the Snowdens have been looking for a sister wife since Season 1. The main way they’ve connected with potential candidates has been via social media. So, what prompted the deletion?

In Season 2, the Snowdens announced they were courting Vanessa Cobbs. Vanessa instantly connected with Ashley and Dimitri as well as their children. Ultimately, she ended up moving with the family to California and became their first official sister wife. However, it was discovered Vanessa sought the Snowdens out on Instagram after seeing them on the show.

After going through Ashley’s grueling purification process, Vanessa was allowed to be intimate with Dimitri. Soon, he and Ashley proposed to her on the beach with an engagement bracelet. They celebrated their union with a lavish ceremony.  However, it was not too long before Vanessa chose to leave the Snowden clan and move to Australia. Dimitri utilized his Instagram account to share photos of the wedding jewelry Vanessa left behind. He also released a statement via his social media on how heartbroken his family was.

Once the hurt wore off, the Snowdens were ready to start looking for another sister wife. In Season 3, they introduced Christeline from South Africa. Dimitri and Ashley met the single mother on social media. They are both very active on Instagram. Dimitri likes to live tweet on Twitter and engage with fans while the show airs. So what would suddenly make him delete all of his accounts out of the blue?

When looking at Ashley’s Instagram, there is no message regarding Dimitri’s exodus. Fans believe it has something to do with confidentiality and the show. This season, the Snowdens are courting two women, not just one. Christeline, as aforementioned, is a single mom from South Africa. Tayler is a single woman and Henna artist from Georgia. They know about each other and get along great but the Snowdens are actively seeing who will fit in best.

If they have made a decision as to which woman (or both) to bring into their family, he may not want to showcase it. Therefore, he decided to eliminate all social media for now until he can shout it to the world. Or maybe he is taking a social media break. Many people have done a SM cleanse because of the pandemic to clear their minds.

Ashley is still very active but she posts very little about her husband and the ladies they are courting. Right now, this all remains a mystery. Sound off on why you think Dimitri went radio silent on social media. Don’t miss Seeking Sister Wife Mondays on TLC and discovery+.

Netflix Original Series ‘Echoes’ From The Man Behind ’13 Reasons Why’
Janelle Brown Encourages Fans To Change: ‘Do Something Different’
‘Counting Cars’ Is Back With More Sin City Restorations, Alice Cooper!
‘Seeking Sister Wife:’ Fans Are Behind Dannielle Merrifield All The Way On IG
OMG!! Did Meri Brown Admit Her Husband Kody ABUSED Her?!