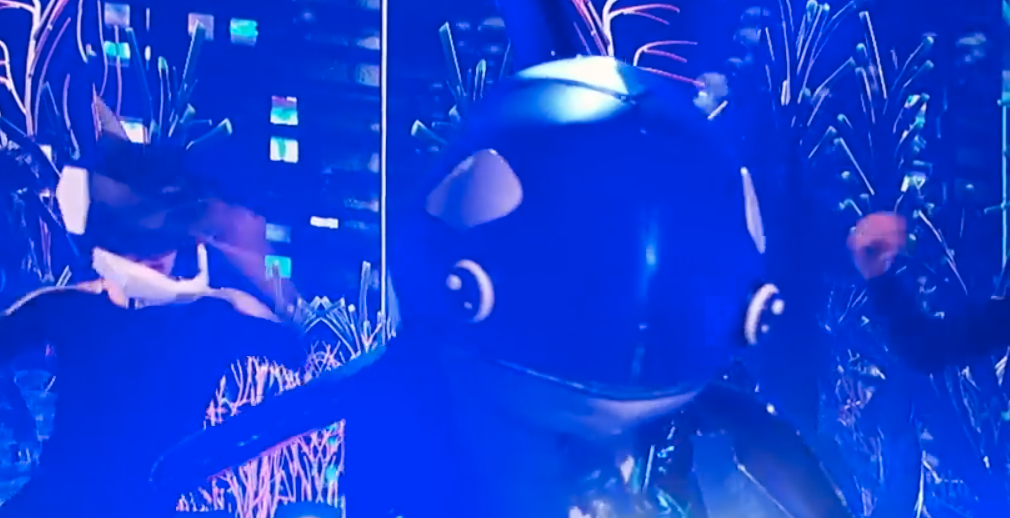 The Masked Singer was on last night and it’s caused quite the commotion. Group A went again after being the group to perform two weeks ago. Normally, the same singers stay in the groups all season. However, for the first time ever, they introduced a Wildcard.

To start off, it’s important to note that the Wildcard is an orca. There’s no telling just what implications that will have, but it’s always important to keep that in mind.

So what did Orca sing? A rendition of Twisted Sister’s “We’re Not Gonna Take It,” Yahoo! says.

Of course, social media users and judges alike have ideas on who could be behind the Wildcard mask. These names include Adam Sandler, Dave Grohl, Kevin Bacon, Billy Corgan, Rami Malek, and Ryan Reynolds.

As usual, someone had to be unmasked last night. This time it was the raccoon. This didn’t really come as a surprise since he didn’t seem to be a fan favorite. But who was this raccoon? Turns out, it was Danny Trejo Yahoo! reveals. Lucky for the judges, the action movie star was actually one of their guesses originally.

Despite being sent home, the Raccoon was a good sport, and still felt good about his time on the show.

“I feel like a winner, I don’t care!” he says after being unmasked. “Besides that, I was a cute raccoon!” He made a huge point out of targeting Jenny McCarthy during his performance. Afterward, he says, “Jenny, I’m helping raise two autistic kids, and you know what? I love the work that you do. I mean that from the bottom of my heart.”

How sweet is that? Despite his somewhat trashy appearance, he was actually a soft and cuddly little raccoon afterward.

Who is on The Masked Singer?

Next week, group B will be up once again. Not to worry, they will get their own wildcard surprise when they perform.

Did you see The Masked Singer wildcard? Let us know who you thought was under that Orca mask. Come back to TV Shows Ace for more reality TV news and Masked Singer predictions.

Colton Underwood Posts For First Time Since Coming Out
Weekly ‘General Hospital’ Spoilers: Nikolas’ Plan Could Cause Heartbreak
‘The Bold And The Beautiful’s’ Karla Mosley To Replace Mishael Morgan At ‘The Young and the Restless’
Roloff Family Gather For New Annual Event – Is Isabel Rock Behind It?
Comedian Ron Funches Hosts the New discovery+ Series ‘Chopped 420’