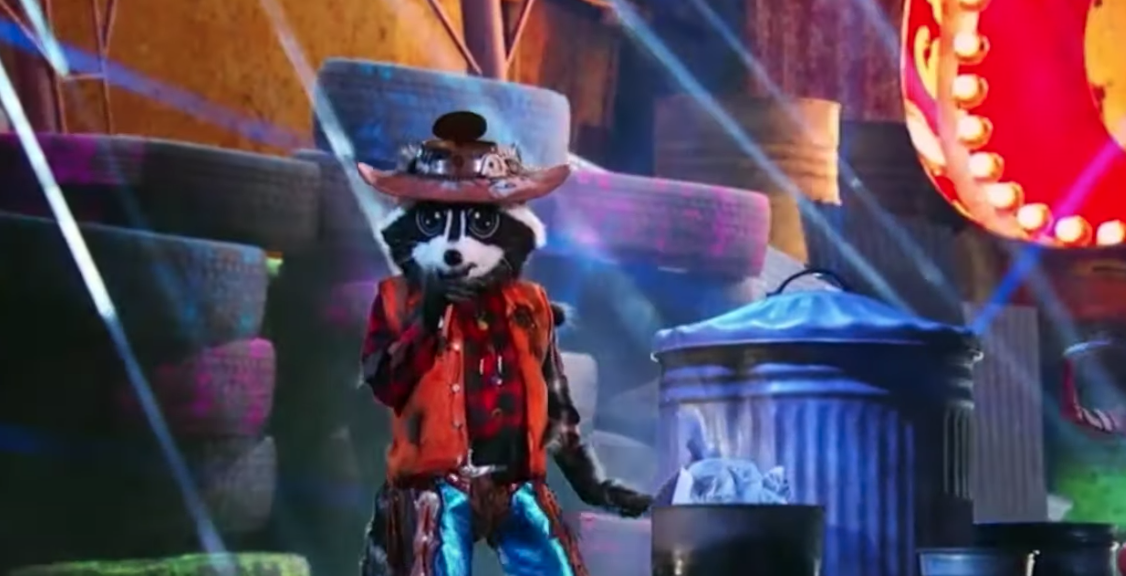 The Masked Singer Season 5 is off to a great start. There have already been five amazing performers and fans are scrambling to guess who they are. Now, they are looking at The Masked Singer Raccoon.

Who is ‘The Masked Singer’ Raccoon

Twitter users are exploding with ideas on who The Masked Singer Raccoon is. The clue package was full of lots of interesting tidbits and of course, sleuths are using those to guess Good Housekeeping says.

“He makes me think of Billy Ray Cyrus, Tim McGraw, Brad Paisley Or Kenny Chesney Or R&B Singer Lil Nas. Oh I can’t wait to find out Who’s really behind The Mask Next week!!! I don’t know why but I already get country singer vibes 😂😂😂,” one user tweets about the epis0de.

Others have other ideas that aren’t quite so country.

“only thing I’m sure about on #TheMaskedSinger season premier is that the racoon is either Mike Tyson or possibly Tracy Morgan,” a user tweets.

Others had even different ideas.

“The Raccoon on #TheMaskedSinger sounds sort of like the lead singer of AC/DC, I also thought they might have brought back Mickey Rourke.”

The Raccoon on #TheMaskedSinger sounds sort of like the lead singer of AC/DC, I also thought they might have brought back Mickey Rourke. 😂

Since The Masked Singer Raccoon didn’t go home tonight, fans and judges will get more clue packages to try and guess who exactly is in that costume.

One animal is already unmasked

Of course, not everyone makes it through week one, even though they are so fun to watch. Tonight, the Snail was unmasked and left viewers quite literally shocked. None other than a Muppet popped out of the snail costume.

Kermit the Frog made an appearance and had Twitter users and the judges feeling like they were part of a huge joke.

“I think it’s kinda crazy but also super beautiful that everyone in a society collectively accepted @KermitTheFrog
was going to always be considered a real living creature instead of cloth w/ some unseen dude’s hand inside… that’s unity #kermit
@MaskedSingerFOX #TheMaskedSinger,” one fan tweets in a joke.

A puppet on the Masked Singer? This show has gone downhill 😭 #TheMaskedSinger

“A puppet on the Masked Singer? This show has gone downhill Loudly crying face #TheMaskedSinger,” another says.

Hopefully, the rest of the singers will be people instead of puppets.

Did you watch The Masked Singer tonight? Who do you think The Masked Singer Raccoon is? Let us know your best guesses in the comments below. Come back to TV Shows Ace for more news on all of your favorite reality TV stars.