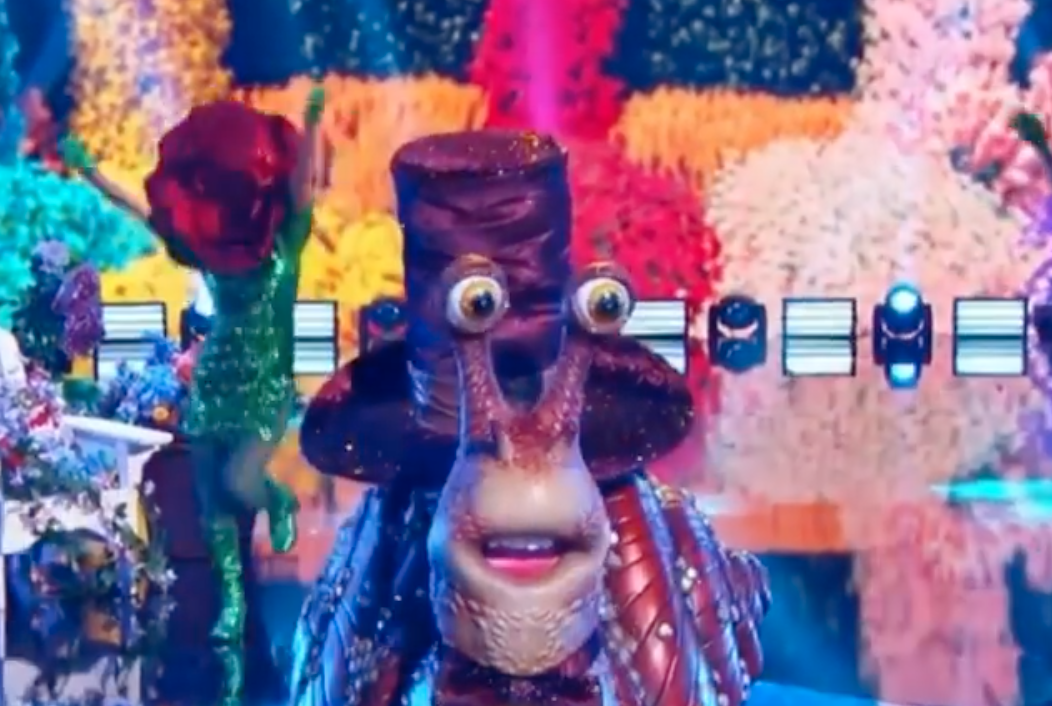 Who was ‘The Masked Singer’ Snail?

The Masked Singer snail did great tonight. However, not well enough to get to stay on stage for another week. Unfortunately, the Snail had to ‘Take it off.’

So, who was under the mask? None other than…Kermit the Frog. Fans were absolutely shocked that there could be a puppet in the costume. First, they took the mask off the costume and there wasn’t a person in there. The judges anxiously waited. Then, the green muppet popped out of the costume. Of course, the judges had to laugh about it.

“It’s not easy being green,” Kermit says after popping out of the costume.

Needless to say, some Twitter users were pretty shocked. However, quite a few were excited that they guessed right. Kermit the Frog does have a very distinctive voice so it’s no surprise some were able to figure it out.

“I’m like disappointed.. but I’m not lol. #themaskedsinger,” one person tweets.

“OMG! I thought the Snail sounded like Kermit, but thought “Nah no way they would put a Muppet on.” #TheMaskedSinger,” another says.

Who did the judges guess?

After the performance, all the judges guessed who was under the mask. Robin Thicke thought it was Seth McFarlane and he held onto that guess through the end. Ken Jeong thought it was Jay Leno who he also stood with through the end. Jenny believed Adam Carolla before switching to Ted Cruz. Nicole Scherzinger went with Billy Crystal.

Obviously, none of them were right with their guesses. But, seeing Kermit pop out of the costume was certainly entertaining.

Other masked performers tonight include the Russsian Doll and the Seashell. In true Masked Singer style, they both caused lots of discussions.

Fans think that the Russian Doll could be a singing group. This is mostly because there were two dolls that ended up on stage instead of one. Fans are leaning towards singing group Hanson for this one.

The Masked Singer Seashell is getting some magical vibes from Twitter users. Some are guessing Emma Watson. Others are thinking Tia and Tamara from Twitches.

Who did you think the Masked Singer Snail was? Let us know in the comments below. Come back to TV Shows Ace for more news on all of your favorite Masked Singer performers.