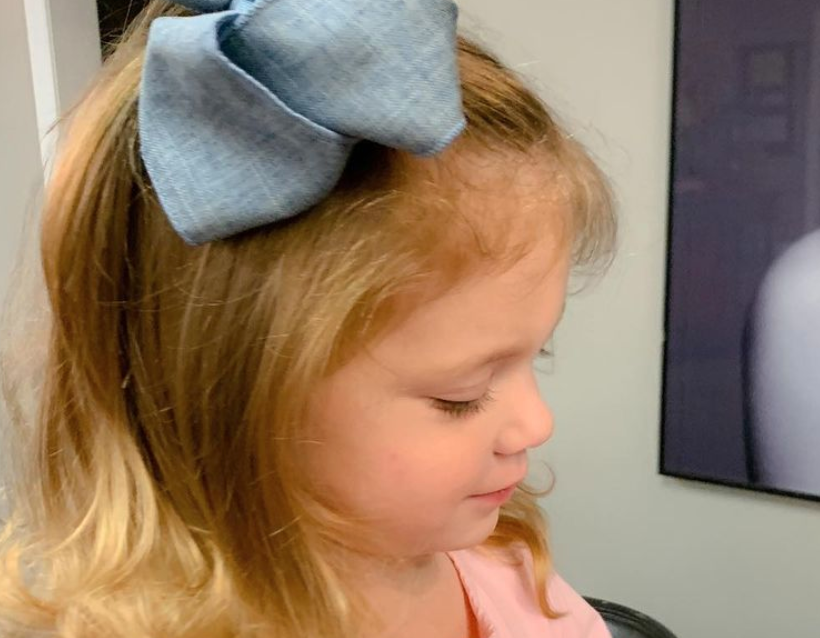 With so many little ones in the Waldrop home, it’s hard for Sweet Home Sextuplets fans to distinguish between the kiddos. They know Blu is a bit of a wild child. And mom Courtney sometimes shares a glimpse into the family’s everyday life so fans can see what the kids are like. But fans don’t often get to see the kids’ individual personalities. Not to mention, fans often have a difficult time telling the difference between the sextuplets, especially if they’ve just started watching the family on TLC.

Recently, Courtney has been sharing lots of posts about Rivers. 3-year-old Rivers has been letting her little personality shine through. She seems to be discovering who she is.

Lately, she got a haircut for the first time since the fiasco documented on the TLC show. Plus, she got caught staying up late. Fans think she’s a funny and sweet little lady. Now, Courtney is sharing more about who her daughter is.

On her Instagram page, Courtney posted a short video of Rivers grooving to the music in the car. The song playing in the video is Whitney Houston’s I Wanna Dance with Somebody. Courtney writes, “This girl loves to dance💃”

Fans think that Rivers looks super cute in the new dancing video. They are pointing out that this is the type of content they want to see on social media. Some are even saying that it brightened their day and made them feel happier. It’s safe to say that this new video is a hit among Sweet Home Sextuplets fans. The post received over 20,000 likes and countless comments from the family’s fans.

When Courtney shared the post, she didn’t specify which of the kids is dancing. But in the comments, after fans started asking who it is, she revealed that it is indeed Rivers.

Fans of the family hope to see more videos of Rivers dancing in the future. They also wonder if any of the other Waldrops have the same great dance moves.

If you’d like to watch Courtney’s video of Rivers dancing in the car, you can find it here on her Instagram page.

For the latest news on the Waldrops, check back with TV Shows Ace.

Blake Moynes Mom Emily Moynes Speaks On Her Sex Positive Family
Scheana Shay Confirms Engagement, Feels At Peace With Life
Dannielle Merrifield Does First Live, Gives Clues To Next Season?
‘General Hospital’ Rumors: Is Hayden Barnes’ Returning To Port Charles?
Javi Marroquin Calls Cops On Lauren Comeau For Abuse, Guess Who Has His Back On This?