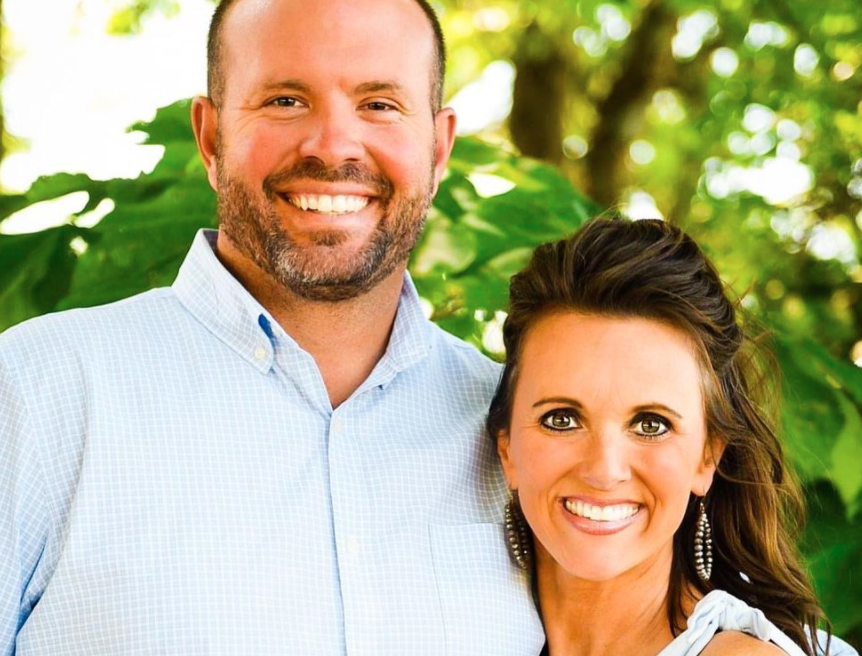 Sweet Home Sextuplets parents Eric and Courtney Waldrop sure have their hands full. As fans have seen on the family’s TLC show, they are the parents of nine busy little ones.

They have three older sons, Saylor, Wales, and Bridge. Then, when it was time for them to have baby number four, they ended up having sextuplets. The sextuplets, Rayne, Blu, Rawlings, Layke, Rivers and Tag, are now three years old.

Since viewers have seen the challenges that come with having sextuplets, they shouldn’t be surprised to hear about the trouble that the little ones get into.

On Saturday, mom Courtney posted a couple of new photos on social media and revealed which of the sextuplets is getting into trouble right now.

On her Instagram page, Courtney shared two pictures of one of the sextuplets laying on the floor. Rivers is laying in the doorway, wrapped up in a blanket. The toddler is wide awake and is even looking at the camera.

Courtney’s caption reads, “It’s midnight and I round the corner to find this crazy girl laying half way out of her bedroom🤦‍♀️
Me: What in the world are you doing?
Rivers: Aw nothing..just waiting on you🙈

I swear this girl is a night owl just like her Momma!!🥴 Y’all there is no other like her!! She is a stinken mess!!”

Courtney doesn’t reveal what happened after taking the photos, but she might have had a late night getting Rivers to go to sleep. There’s always one (or more) sextuplet getting into trouble.

You can see Courtney’s post here, as well as the photos of Rivers sneaking out of bed. Also, Rivers recently got a haircut.

Even though Courtney may not be happy that her toddler is up so late, fans are in love with the pictures of Rivers. They think that the little girl is cute, and they think it’s hilarious that she is waiting for her mom. Fans especially enjoy seeing individual pictures of the kids and getting to learn about their personalities.

Some point out that it’s a good thing she didn’t wake anyone else to wait with her. Courtney could have had six babies waiting for their mom to go to bed.

For the latest news about the Sweet Home Sextuplets family, be sure to check back with TV Shows Ace.

Hallmark’s Fall Harvest 2021 Titles Will Lead To Countdown To Christmas
‘Thurston’ For Katie? Michael A. Posts, Deletes Flirty Comment On Her Sultry Photo
Kristin Chenoweth’s Pursed Lip Villain On ‘Schmigadoon!’ Is Perfection, Preview
‘The Young and the Restless’ Spoilers, August 2-6: Phyllis Gets Everything She Needs
‘Life After Lockup’ Reveals 3 Explosive New Couples