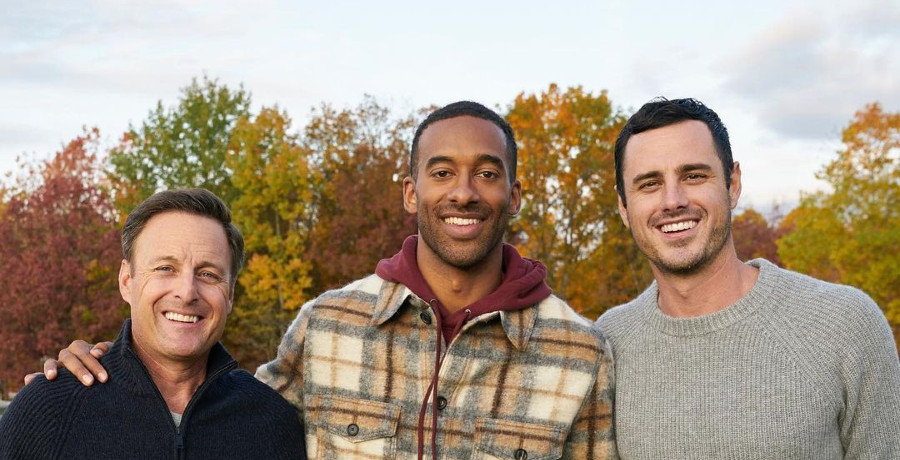 Several seasons of The Bachelor have come and gone since Ben Higgins was the lead. The Colorado resident was looking for love on Season 20 of the show in 2016. But he is still very much involved in Bachelor Nation. He recently spoke out against Dale Moss for breaking Clare Crawley’s heart.

Higgins also popped in on current Bachelor Matt James in last week’s episode. He wanted to share some words of advice with the Bachelor Nation newbie. And Ben Higgins has some thoughts on how James is doing on the ABC dating competition.

Ben Higgins was a guest on the Click Bait podcast earlier this week. The podcast is hosted by Bachelor Nation favorite Joe Amabile and the most recent Bachelorette, Tayshia Adams.

And Higgins had a lot to dish about Matt James’ season of The Bachelor. The ratings for Season 25 are not the greatest, and Ben Higgins admits it is “frustrating” to watch Matt James navigate between the feuding women.

Us Weekly reports that Higgins’ main problem is the lack of a connection between James and his suitresses. He finds it “frustrating” that “there’s no stories that I’m invested into.” And he thinks Matt James’ inexperience is part of the problem.

Unlike most Bachelor and Bachelorette leads, Matt James is not a veteran of Bachelor Nation. He has never handed out roses. In fact, he didn’t even know how the signature rose ceremony worked when he accepted the gig.

Matt James is completely naive about the backstabbing and drama that goes on among the contestants. And that is the problem, according to Ben Higgins. He feels that James “doesn’t know” to ask the women about what’s going on in the house. Previous leads are familiar with the inner-workings of the show.

Ben Higgins thinks Matt James is “a great dude,” but also “unaware” of how to get rid of the drama between the ladies.

However, the Alone in Plain Sight author thinks the season can turn around. Fans aren’t so sure.

Fans are Fed Up With On-Screen Bullying

Like Ben Higgins, fans are frustrated that the drama among the contestants is overshadowing Matt James’ journey to love. In fact, fans have been calling for ABC to address the bullying happening on-screen.

ABC has mainly remained mum about the on-screen antics. A new scandal involving Matt James and his buddies body-shaming contestant Victoria Larson is causing more problems for the network.

Do you agree with Ben Higgins that Season 25 is “frustrating”? Let us know your thoughts in the comments. Be sure to join our Facebook group for more Bachelor/Bachelorette news.

‘Bachelorette’ Katie Thurston’s New Post Has Fans Questioning Her Ending
Kody Brown Surfaces On Instagram With New Hustle For Cash
‘The Young and the Restless’ Spoilers, August 2-6: Phyllis Gets Everything She Needs
Fans Speculate: What Caused Todd Chrisley’s Scowl In THIS Photo?
Love In The Afternoon With Hallmark’s ‘A Little Daytime Drama’