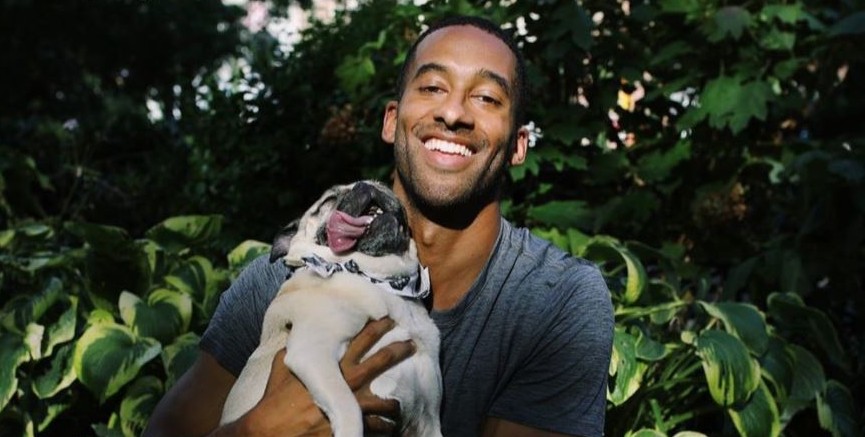 The Bachelor host Chris Harrison has been sharing some of what fans can expect to see during Matt James season. And, some of the information Chris has shared is quite surprising. Matt was named The Bachelor in June which booted him from Clare Crawley’s season of The Bachelorette. Clare’s season would have been his first time appearing on the franchise. So, going into The Bachelor, Matt knew very little of what to expect.

Chris dishes on Matt James season of The Bachelor

US Weekly shared all about what Chris had to say about Matt. It’s been a long time since there has been a lead who wasn’t previously cast on the show. So, Chris and the producers weren’t really prepared for that part of it.

Chris said, “It was really funny.  There were some times where he would just — we’d be talking a thousand miles an hour and he would just stop and say, ‘Guys, I don’t know what you’re saying.’”

He also recalled Matt saying, “I’ve never done [this]. I don’t know what a rose ceremony is. And we’re like, ‘Oh my gosh.’”

While Matt didn’t quite know what to do, it was endearing because he was innocent in it all. He hadn’t been on group dates and hadn’t experienced any of it before. Chris said, “We had to really go back and learn our ABCs and spoon feed this guy. But you know, to your point, there was a sense of innocence [and] naivete that was very endearing about that because he was also real.”

He also said, “Everything was happening to him for the first time: group dates, two-on-ones, rose ceremonies. His eyes were just like wide open going, ‘Oh, this is crazy.’”

They're HERE!! 😍 The women of @mattjames919's season are READY for love 🌹 #TheBachelor pic.twitter.com/Kj4FCeQ6Ui

There were many factors that made this season hard

Chris also shared that Matt not having been in front of the ABC cameras was not the only thing that made filming hard. Of course there is the ongoing worldwide pandemic that kept the crew and cast confined to this resort in Pennsylvania. There was no traveling like there normally would be.

He said Matt has a tough season. He went through the wringer. Chris promises it will be gut wrenching at times, emotional. He also said Matt is a different man leaving than he was coming in.

Chris said, “He didn’t understand the weight of it. I think this has really opened [his] eyes and one thing about the Bachelor or Bachelorette — you can ask any of them — it changes you.”

There has been no word on if Matt finds love or not at the end of his journey. Fans will have to tune in and watch Matt James try to find love on The Bachelor beginning January 4 on ABC.