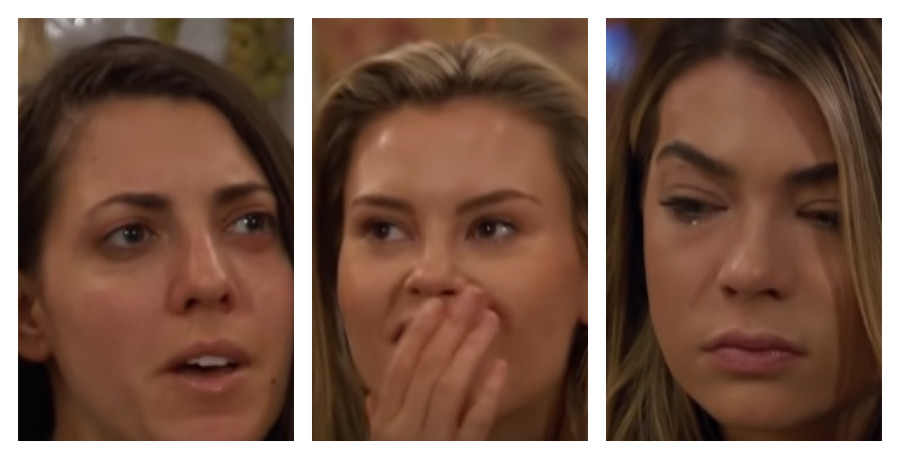 Bachelor Nation fans aren’t loving this season of The Bachelor. Even though Matt James’ season just started airing three weeks ago, one contestant already threw in the towel and walked off the show. Part of the reason she left was due to bullying from the other women vying for James’ affections.

And now fans are calling for ABC to make a statement regarding the bullying that’s happening on-screen.

Sarah Trott formed a very strong connection with Matt James since the first night they met. The two had a deep discussion about Trott’s family, specifically her father’s ALS diagnosis. However, when she wasn’t with Matt James, she felt insecure about their connection.

As a result, she crashed some of the other ladies’ group date to speak with him alone. That obviously didn’t go over well with the women. They called her out for her behavior.

The stress of arguing with the other contestants and missing her family ultimately led Trott to eliminate herself from the dating competition.

Bullying is a hot topic on Season 25 of The Bachelor. In the second episode of the season, so-called “Queen” Victoria went to Matt James with a story about her roommate Marylynn. Victoria said that Marylynn was bullying her. Marylynn denied the allegations but Matt James sent her home anyway.

And fans are already sick of the focus on the disagreements with the women instead of Matt James’ journey to love. Earlier this week, the official Bachelor Instagram shared a paid promotion with former The Bachelorette star JoJo Fletcher and her fiance Jordan Rodgers. In the cute promo, the lovebirds hawk Heineken’s dry beer.

But fans had no mind for that. Instead, they took to the comments to express their displeasure at the bullying happening on the show.

The post got hundreds of comments, with many saying the same thing. They want ABC to address the bullying. Some of the many comments include:

Former Bachelorette Pleaded With Viewers to Stop Sending Her Hate

Bullying is not a new thing in Bachelor Nation. In March of 2020, the network aired a Women Tell All special that addressed the issue of fans of the show bullying the contestants. Former Bachelorette Rachel Lindsay read some of the direct messages she has received from viewers.

Whether on-screen or off, it seems that bullying is a real problem on the hit show. But will ABC address it? Only time will tell.

Fans can watch Matt James’ season of The Bachelor Monday nights on ABC. Head over to our Facebook group to chat with other Bachelor Nation fans.