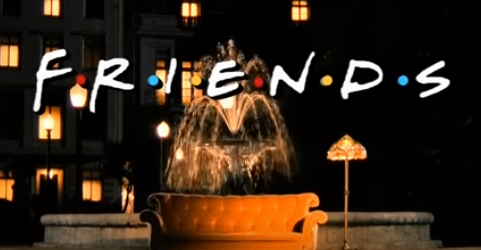 Who isn’t excited about this Friends Reunion Special announcement?!

The cast of Friends has officially signed on for an unscripted reunion special. The special will be exclusive to HBO Max, the service and cast made the announcement on Friday.

Jennifer Aniston, Courtney Cox, David Schwimmer, Matt LeBlanc, Lisa Kudrow, and Matthew Perry are returning to the series’ original soundstage. In Burbank, California on the Warner Bros. Studio lot, the cast will celebrate the beloved comedy one more time. All six cast members will be executive producers of the episode, along with the original EP’s Kevin Bright, Martha Kauffman, and David Crane. Ben Winston is even on the team to direct.

Earlier this month, reports said that each of the returning cast members will be paid somewhere between $3-4 million. This is only a special episode, not a revival of the beloved sitcom.

Kevin Reilly, CCO of HBO Max, said in a statement, “I guess you could call this “The One Where They All Got Back Together.” Reilly is not only the CCO of HBO Max, but he’s also the president of TBS, TNT, and truTV. He went on to say he found out about Friends in its early stages of development. He later had the chance to work on the series years later. He’s loved seeing it continue to be favored generation after generation. He’s hoping this reunion will bring old and new fans together to enjoy it.

A Full Reunion Has Been In-Store For A While, After Many Mini Reunions

Back in 2016, the Friends cast minus Perry came together for an NBC tribute special to the legendary director, James Burrows. The last time all six of them appeared on screen together was in May of 2004. They appeared on a post-series finale interview with Oprah Winfrey.

In October, Aniston had just joined Instagram and posted a selfie with her former castmates. The show was coming into its 25th anniversary and this reunion broke Instagram temporarily.

According to TVLine, there have been tons of mini-reunions since Friends ended over 15 years ago. Schwimmer, Cox, LeBlanc, and Perry all appeared on Kudrow’s Web Therapy. Aniston, Kudrow, and Perry have guest-starred on Cox’s Cougar Town.

At the beginning of this year, the original 10-season run of Friends left Netflix. The series is set to join HBO Max when the new streaming service launches in May. But don’t expect a full scripted reunion to come out of the special. That idea had been nixed back in March by Kauffman, saying a revival would only disappoint.