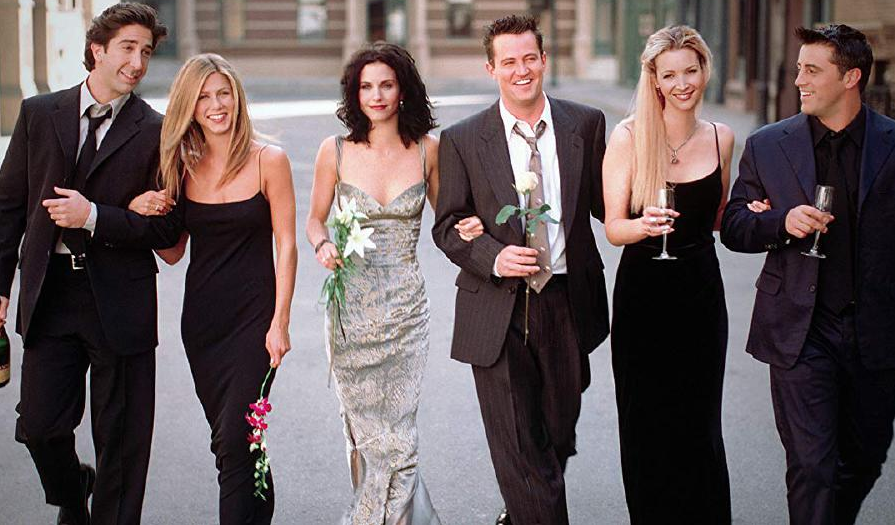 It turns out that a possible Friends reunion is underway. Some of the former cast members are currently in talks with HBO Max about bringing back the beloved NBC series in some way. The cast is clearly “aware” of how much their fans have been pulling for a reunion. Even though it’s been 15 years since Friends ended, fans of the hit TV sitcom have been hoping for a possible reunion. And they may finally get their prayers answered.

Possible ‘Friends’ reunion is currently in the works

Several sources revealed to People that Courtney Cox, David Schwimmer, Jennifer Aniston, Lisa Kudrow, Matt LeBlanc and Matthew Perry currently in talks with producers about having a reunion special. There have been reports of a project in the works for HBO Max. The insider said that the project would not be a reboot of the series in which the actors return to their beloved characters. This project is said to give the actors more artistic freedom.

But nothing has been set in stone as of yet. The insider said that this reunion special would depend on several factors. It would have to be “the right treatment” as well as the “right timing” for everyone in the cast. There are no other details on this possible reunion special. As previously reported via TV Shows Ace, the announcement of a Friends reunion came in lieu of the Disney+ launch.

Jennifer Aniston has already expressed her interest in a Friends project. She revealed to Ellen DeGeneres that she and her castmates would be interested in such a project, as long as it was the right timing. It turns out that the cast has no clue what kind of project they could work on.

“We’d love for there to be something, but we don’t know what that something is,” Aniston revealed. “So we’re just trying – we’re really working on something.”

Aniston previously teased a Friends reunion on Instagram. In her first-ever post, she was seen hanging out with some of her former Friends costars. According to an inside source, that picture was hard to get since it was the first time in years that everyone in the cast had time to hang out together.

“They spent hours together and had the best time. It was super special to Jen,” the insider told People.

As for an upcoming Friends reunion? It’s still a question as to whether when it will happen. The cast seems to be very much on board with the idea. But they have to come with the right idea that will come to fruition. They would love nothing more than to make their fans happy.

“They are all aware of how much their fans want a Friends reunion,” the source added. “Jen definitely seems to be up for it. And hopefully it will happen.”

Aniston’s first-ever post garnered a million likes in less than 24 hours. And now the Friends actress has celebrated 20 million followers on the social media platform. While most fans took to the social media app to congratulate the actress, some of Aniston’s famous friends poked fun at her latest milestone, as previously reported via Fox News. Some even jokingly asked her, “What took you so long?”

Let us know your thoughts. What do you think of the possibility of a Friends reunion? Do you think it’ll happen? Sound off below in the comments section. For more about the Friends reunion, follow TV Shows Ace for more news and updates.