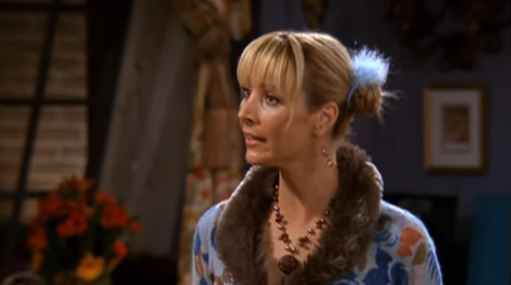 In the conclusion of the beloved show Friends, Phoebe Buffay may have sashayed with her guitar into the sunset with Mike the musician. Things could have worked out very differently, romantically for Lisa Kudrow’s character, according to co-creator David Crane.

Phoebe Nearly Ended Up With David Instead Of Mike

Crane revealed in an interview Monday that “there was definitely a possibility” that Phoebe ended up with Mike (Paul Rudd) but it could have been David (Hank Azaria).

There was no definitive answer to who she would end up with, Crane explained. “They’re both amazing actors. I mean, both Paul and Hank are fantastic, and fantastic with her. We sort of went back and forth,” he continued. “I don’t even remember all the pieces that led to where we landed. But yeah, it could have gone the other way. Phoebe would have been great with either one.”

Whether these fictional characters, Phoebe and Mike, are still going strong 15 years later is still unknown.

Will Friends Fans Ever Find Out How Things Turned Out For The Gang?

There is a rumored upcoming unscripted reunion special, this might shine some light on where the couple is now. According to Yahoo!, the Friends rumored reunion special is to launch reruns of the show on HBO Max.

There is talk of the reunion coming to fruition, but it is all still very much in the planning stages and there is not a done deal yet. This does yield the possibility of the talks fizzling out and the concept being trashed. Friends is currently scheduled to leave Netflix and make its way onto HBO Max next year.

At a panel back in September, Kauffman said there were no plans for a reboot or reunion show. She reiterated some of the sentiment that the case had shared, anything new will never live up to what they already did.

An on-screen reunion hasn’t kept the cast members from having their own reunions. One of Jennifer Aniston’s first Instagram posts was a reunion dinner with the whole Friends gang. Courtney Cox also shared a picture of her and Matthew Perry, saying they had grabbed lunch together.

According to HuffPost, on Aniston’s appearance on The Ellen DeGeneres Show, she alluded to something being in the works. She began by assuring that a reboot of the show was not happening. But she did add, “Would love for there to be something, but we don’t know what that something is. So we’re just trying. We’re working on something.”

Jenelle Evans Gets ‘Super Sick,’ Refuses COVID Test & Here’s Why
Erin Krakow Wants Lori Loughlin To Return To ‘When Calls The Heart’
‘Bering Sea Gold’ Exclusive Sees Kellys Versus McCullys in Cripple River Competition
‘Bringing Up Bates’ Preview: The Family Is In For A Huge Shock
Keo Motsepe Talks Breaking Down Barriers Between Men And Dance