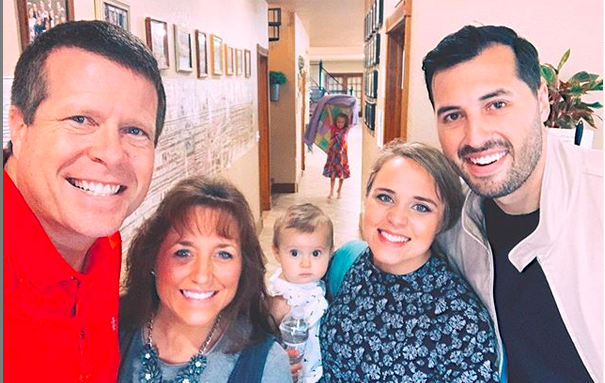 Fans of TLC’s 19 Kids & Counting and Counting On know that the Duggar family is conservative. They adhere to strict Christian values. They don’t have a TV in their home. The kids are homeschooled rather than attending public or private school. The kids aren’t familiar with some parts of the outside world because of all this.

This has led some fans to wonder how the adult children adjust to the “real world” once they leave their parents’ home. Jinger Vuolo is especially brought into question because she moved to Los Angeles, California.

On Reddit, a few followers of the family commented on Jinger‘s adjustment to Los Angeles. One said, “I think she’s probably trying to make sense of her experiences in life up until this point and reconciling them against where she is in life now…? I imagine she’s processing and healing more than she realizes and more than anything else, is trying to establish what her ‘normal’ is. 🤷🏻‍♀️”

Someone mentioned that Jinger might feel out of place. Others think that she is struggling to fit in and doesn’t quite know what she wants. From what she and Jeremy post on social media, Duggar fans don’t think it looks like she’s out of place. But, she may not be opening up about how she feels. Plus, some Reddit users mentioned that she might not realize why she’s uncomfortable in the new city.

How has Jinger Duggar’s life changed since she moved to Los Angeles?

Jinger started wearing pants shortly after she got married. She continues to do this, which is much different from how her parents raised her. Though this may not seem like a big deal, it is for the family. One of the producers on Counting On asked Jinger about wearing pants in front of her parents. This caused Jinger to cry. Fans assume it’s because she doesn’t want to let her parents down.

Jinger and Jeremy moved to Los Angeles so that Jeremy could attend the Master’s Seminary. They made the move in the summer of 2019. Since the move, the couple has branched out from what the Duggar daughter was used to. Now, Jinger’s life is much more modern than it used to be when she lived with her parents.

Both Jeremy and Jinger seem to love exploring Los Angeles. They’ve found new friends, and some of those people might not share the couple’s religious beliefs. Jinger and Jeremy even went to a movie premiere together, which is definitely not a Duggar-like activity.

The other day was so beautiful, we decided to visit the iconic @santamonicapier! Felicity absolutely loved seeing the arcade, carnival games, and rides 🎡

One of their favorite activities is to discover new foods and restaurants. They have even been referred to as “foodies” on Instagram. Jinger has also worked her way up as an influencer. Companies might send her products and pay her to post about them. She sometimes posts a picture or video with the product and shares a coupon code with her followers. When her followers use her code or a referral link, she gets money. Though she did lose a couple of partnerships, more are likely in her future.

What do you think about Jinger’s adjustment to Los Angeles? Do you think she’s doing okay, or are you worried too? Leave a comment below.

‘LPBW’ Will Zach & Tori Move To Roloff Farms For Jackson And Lilah?
This Is Why Tayshia Adams & Zac Clark Stopped Sharing Photos Together
Hallmark’s ‘Crashing Through The Snow’ Is New Christmas In July Movie
Kendall Jenner Flaunts Plump Booty In Barely-There Bikini Bottoms
‘LPBW:’ Wait! Does Jackson Roloff Have A Speech Problem?