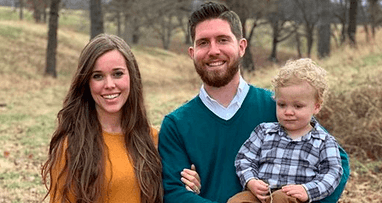 Growing up in the Duggar house, the family didn’t eat a lot of healthy food. With such a big family, they often ate meals that could be made in large batches. Many of these ingredients were inexpensive too. Because the family is large, they likely didn’t eat out much. So, fans think that the family isn’t really used to eating unique or exotic foods.

InTouchWeekly reminds us of some of the family’s infamous recipes. They enjoyed dishes like tater tot casserole. The family didn’t get the best response from 19 Kids & Counting viewers over these types of dishes. Fans always bring up how gross and unhealthy these dishes are.

Now, Jill Dillard is using some of those recipes and coming up with some of her own, which she proudly shares with her followers.

Since moving to Los Angeles, Jeremy and Jinger Vuolo have become foodies. They’re trying all kinds of new foods and posting about them too. Most of the other Duggar family members aren’t so open about what they’re eating.

In a new post from Jessa, she referred to her husband, Ben Seewald, as “Mr. Adventurous”. The mom-of-three posted a picture of her husband posing with an aloe vera drink. She mentions that he loves to try new foods and drinks when they go out to eat. She says, “I tend to be a creature of habit, but he pulls me out of my comfort zone and I nearly always end up loving the things he orders!”

Fans in the comments agreed that their partners also encourage them to try new things. It seems like this is a common occurrence.

Jessa closed her post, saying, “Everyone needs somebody like you in their life, Babe. Thanks for helping me branch out beyond French fries and vanilla ice cream. ☺️❤️”

Jeremy, left a comment and said, “What a guy, that Ben Seewald!” Fans think that Jeremy might have encouraged Ben to branch out a little bit. Recently, Jessa and Ben took a trip to Los Angeles to visit Jeremy and Jinger. While they were there, they likely tried some unique foods. Apparently, he takes his visitors to all kinds of interesting restaurants.

Mr. Adventurous is always trying out new food and drinks whenever we dine out. I tend to be a creature of habit, but he pulls me out of my comfort zone and I nearly always end up loving the things he orders! Everyone needs somebody like you in their life, Babe. Thanks for helping me branch out beyond French fries and vanilla ice cream. ☺️❤️

Ben is encouraging their kids to try new foods

Some Duggar fans might assume that Jessa and Ben feed their kids the same foods that Jessa ate growing up. In reality, it seems like Ben is trying to get them to branch out too.

He also shared a post about new foods when Jessa shared hers. His post features the couple’s son, Spurgeon. Spurgeon is at a restaurant and has a grapefruit soda in front of him.

The Duggar son-in-law says that his mom used to give him and his siblings grapefruits when they were growing up. Because of this, he loves grapefruit now. He mentioned that he’s still trying to get Jessa on board, but he’s hoping that the “next generation” will share his love of grapefruit.

On YouTube, Jessa recently made a video about picky eaters. In the video, she shows how their family is trying to eat healthier. Even though her kids might be picky sometimes, she wants to give them healthy options to choose from.

What do you think of Ben and Jessa’s new posts? Leave a comment below.