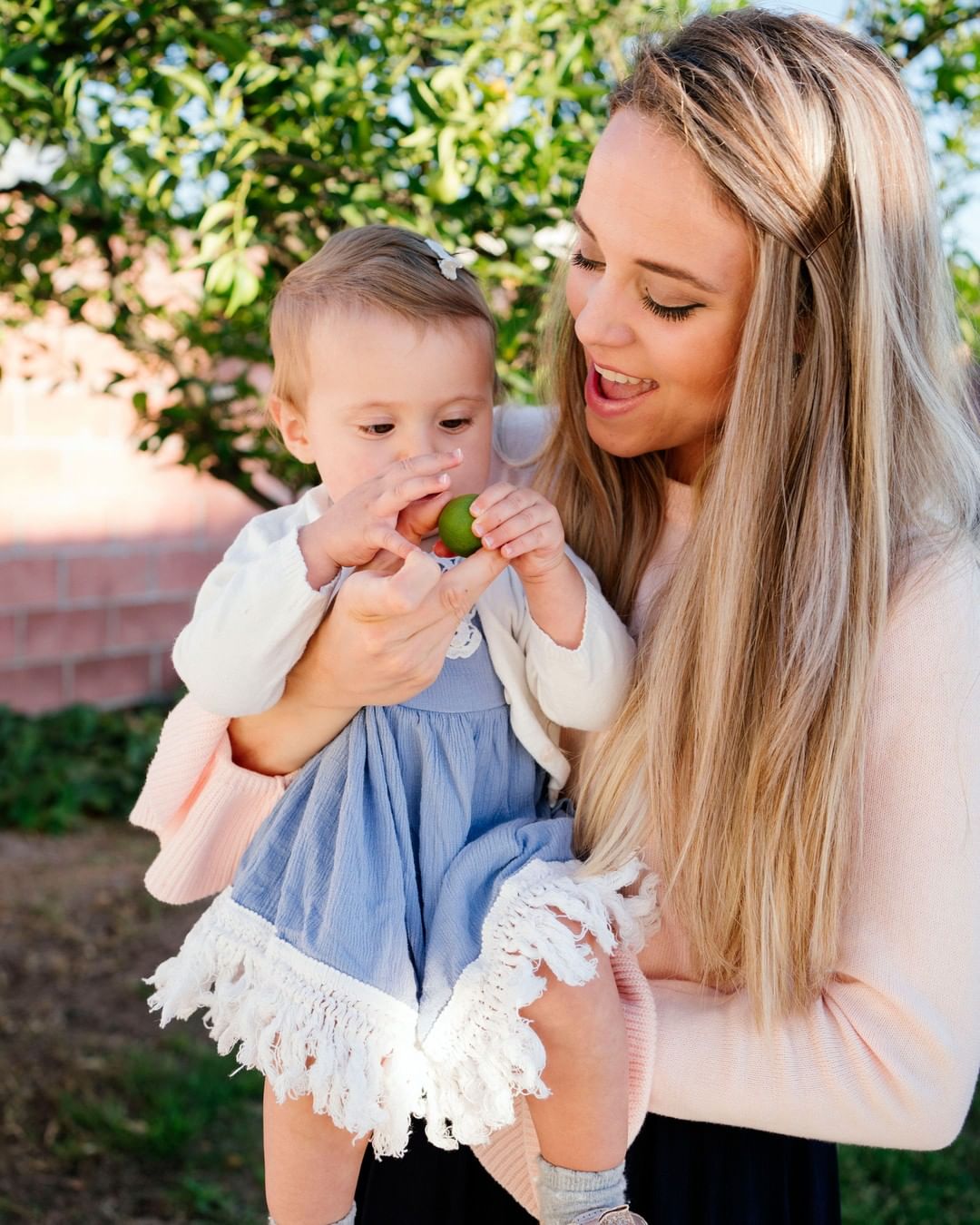 Jinger Duggar Vuolo recent Instagram activity has some fans questioning if she may be a bit closer to her husband Jeremy’s parents then her own.

As Ok! Magazine reminds us, Jeremy and Jinger have welcomed his parents Charles and Valerie Vuolo to visit with them and their daughter Felicity multiple times over the past six months. It, however, appears as if they’ve flown in once more to see Jinger, Jeremy, and Felicity for the holidays.

Notably, today is also Jinger’s 26th birthday. So many fans have assumed they are flew in to celebrate her special day.

This isn’t the first time Jinger Duggar’s Instagram activity suggested things weren’t great between her and her parents.

As we recently reported, Jinger took to Instagram to wish her little sister Jordyn a happy 11th birthday recently.

An individual responded to the birthday wish with the following comment: “She is so precious … she never got to be a baby due to Josie’s early arrival yet she never was resentful but instead was sweet and loving. She’s such a sweetie.”

While Jinger Duggar didn’t have an additional response to the comment, it was her reaction to the comment that attracted attention. She liked it.

This reaction to the comment caused rumors and chatter to run rampant. Many assumed Jinger was throwing shade at her parents. As all Counting On fans know, it has always been a concern among fans that Michelle and Jim Bob force their older children to watch their younger children. Some fans only assume the cycle repeats itself whenever any grandchildren come and stay for a visit.

While throwing shade, she spent some time with Jeremy’s parents.

A few days ago, Jinger shared several video clips and snapshots on her Instagram Stories. They featured an outing in L.A. Felicity was enjoying time with her grandparents Charles and Valerie Vuolo. They went to a park. And, did some sightseeing around the city together.

Jinger Duggar showed a clip that featured Felicity holding her grandparents hands while walking down the sidewalk. There was another clip of Felicity going down a curved slide with her grandfather protectively holding onto her.

Little Felicity was all smiles as she appeared to be having a wonderful time with her grandpa and grandma.

By comparison, Michelle and Jim Bob have visited Jinger, Jeremy, and Felicity once since they moved to L.A.

Notably, this will be Jinger’s first birthday since she and Jeremy moved to L.A. What do you think about Jeremy’s parents visiting so often? Do you think Jinger Duggar has grown closer to them then her own parents? Sound off in the comments down below.

‘Bachelor In Paradise’ Spoilers: Reality Steve Reveals Five Early Couples & Status
Jill Dillard Shows Off Her Garden – Does She Have A Green Thumb?
Wait, Is ‘Storage Wars’ Season 13 Over Already?!
Could There Be A TLC Birth Special For Jessa Seewald’s Fourth Baby?
Is Amy King Shading Josh Duggar On Social Media?