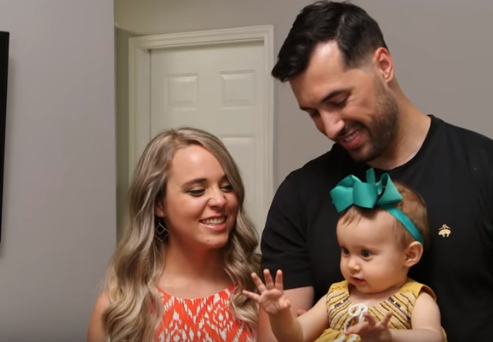 Maybe Jinger Duggar was on a “liking” spree?

Jinger  May Have “Liked” A Negative Comment About Her Parents

Jinger Duggar Vuolo shared a photo of her younger sister Jordyn on December 18th, for her 11th birthday. There was a comment on her post that implied something rather shady about how Jordyn had been raised.

“Happy Birthday to my little sister, Jordyn!” Jinger began her caption. “Hope you have a joyful and unforgettable day, filled with everything you love most.” A comment on the post read, “She is so precious… she never got to be a baby due to Josie‘s early arrival, yet she never was resentful but instead was sweet and loving. She’s such a sweetie.” Notably, Jinger Duggar “liked” that comment. The comment seemed kind of negative towards the girls’ parents, Jim Bob and Michelle Duggar.

Happy Birthday to my little sister, Jordyn! Hope you have a joyful and unforgettable day, filled with everything you love most. 🎈🍰

It wouldn’t be surprising that the arrival of the youngest Duggar child changed some of the priorities of the family. Josie was born prematurely on December 10th, 2009, at just 25 1/2 weeks gestation. She only weighed 1 pound, 6 ounces. Jordyn wasn’t even a year old when this new baby came into their lives. Josie was also very sick for very long after she was born. It would be understandable if the focus was shifted to her very necessary care.

A Week Of Birthdays To Celebrate In The Duggar Family

According to InTouch, the Duggar family Instagram recently pointed out the closeness of Jordyn and Josie’s birthdays. They mentioned that this is going to be a fun week for them. Along with a photo of the three girls, Josie, Jordyn, and their niece, Mackynzie, they mentioned for a few more days they’d all be 10 years old. But Wednesday of this week, Jordyn turned 11.

They also made a special post for Jordyn wishing her a happy birthday. The caption highlighted that they had celebrated a little bit each day of the week, but that was the official day she turned 11. Birthday lunch and shopping spree were in-store for this special day. The post highlighted some of her parents’ favorite things about her, her outgoing personality and her laugh that brightens the day.

Jordyn had been one of Jessa Duggar‘s “buddies” growing up, not one of Jinger Duggar’s. It’s a little odd that she chose to make a post for Jordyn’s birthday. It also raises some eyebrows that she “liked” a comment insinuating that she had been pushed to the side when Josie came along.