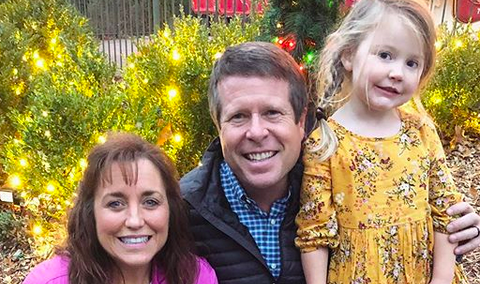 Right now, there isn’t any huge Duggar family news. There haven’t been any new courtships announced. There are no weddings being planned. Only one baby is on the way. John-David and Abbie will have their first child, a girl, in January.

So, naturally, fans are eagerly waiting for a big announcement. It’s about time for another courtship, wedding, or baby. So far, things have been pretty quiet. It’s possible someone is waiting until all the baby girl news dies down. Or, maybe they wanted Counting On‘s most recent season to come to a close first.

We are so grateful for the life of Grandma Duggar and the legacy she has left all of us. Thank you for all the love you have shown our family this year! ❤️

No matter what, fans are wondering when the next news is going to drop. The Duggar family members like to keep their fans updated via social media. Many Counting On fans will be stalking the family members’ pages until a big announcement is revealed.

There was a recent hint at a potential courtship. There are signs that one of the older Duggar boys might be courting one of Kendra Caldwell’s sisters. Of course, nothing has been announced.

During the season finale of Counting On, Jim Bob, the Duggar patriarch, hinted at a big announcement coming soon. He said, “There might be something else brewing.” He said that there’s going to be a lot to look forward to in 2020. Could this mean that there’s a courtship, wedding, or baby brewing?

Only time will tell what Jim Bob is referring to. It’s possible he’s trying to get the TLC audience to tune in to the next season of the show. But, it seems very likely that something big is going to happen for the family.

Which Duggar could make a big announcement next?

There are a few possible announcements that Duggar fans are looking forward to.

One possibility is a courtship. Fans seem to think that Jedidiah or Jana will be the next to be in a courtship. For years, there have been rumors about Jana courting Lawson Bates. Every time, those rumors have been denied.

After a courtship is announced, a Duggar wedding would come next. Of course, fans have to wait for a courtship announcement before getting excited about a wedding.

Another option is a baby. There are several women who could be getting pregnant again soon. Jill and Jinger are a couple of the top contenders. Fans expect a pregnancy announcement from either one of them. At some point next year, it’s possible that Joy-Anna will try to get pregnant again. She’s letting her body recover from a loss at 20 weeks gestation.

Though Kendra just had her second baby this year, fans predict that she will be pregnant before Addison turns one. Garrett and Addison are very close in age.