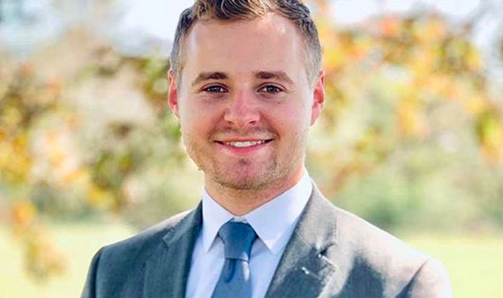 It’s been assumed that the Duggar kids live at the family’s “big house” until they are married. That seems to be the way things go for the family. Even Jana, who will be 30 in January, still lives under her parents’ roof. She is not in a courtship yet. Fans are waiting for an announcement.

A recent Instagram post from Jedidiah Duggar has fans wondering if he’s living out on his own or if he’s living with his parents. In his post, the 20-year-old said, “Having fun with the nieces and nephews!! Since a lot of us don’t live at the ‘big’ house anymore, it’s always a blast when we can get together there!!”

Duggar fans were quick to notice that he said “us”, like he is included in those that do not live at the big house.

Having fun with the nieces and nephews!! Since a lot of us don’t live at the “big” house anymore, it’s always a blast when we can get together there!! #holidayevenings #saturdaynight

To add to this, InTouch Weekly reports , “But consider that when a spokesperson told local NBC-affiliated television station KNWA-TVOpens in a new Window. that ‘HSI was present there [Duggar home] pursuant to an on-going federal criminal investigation,’ (later updated to be a Duggar business instead), Jed was asked about the alleged investigation and he said, ‘I don’t live there and I am not aware of any investigation.'”

In this comment, Jed reveals that he doesn’t live at the big house anymore. So far, he has not revealed where he is living. Maybe he will share the details about his current housing situation via social media soon. Duggar fans are eager to hear about his life. They are also hopeful for a courtship soon.

Jed Duggar in run for representative

Jed recently joined Instagram. Around that time, the Counting On star revealed that he is running for Arkansas State Representative District 89 in Springdale, Arkansas. The Duggar family lives in the 87th district. It’s likely he moved to the 89th district and is living where he is running.

On social media, he shares, “I’m announcing my candidacy for Arkansas State Representative District 89 in Springdale. I’d appreciate your prayers, support and your vote!”

On his social media page, he posts mostly positive things about himself and his family. He is likely trying to keep things positive to help his run for office.

Today, I took an important step in our campaign by going to the State Capitol to officially file as a candidate for House District 89. It was an honor to be there today in hopes of one day representing you in the same building. Now I look forward to meeting and visiting with voters in our district and earning your trust and your vote!

What do you think about Jed possibly moving out of his parents’ home? Are you surprised? Leave a comment below.

Catch the Duggar family on TLC’s Counting On on Tuesdays.