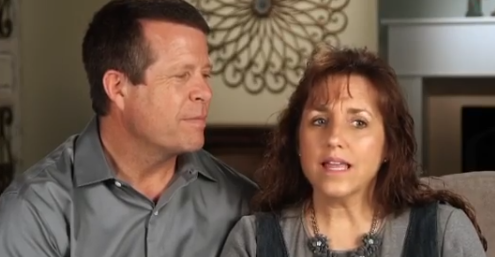 The season finale of TLC‘s Counting On airs on Tuesday, December 17. This 2-hour special begins at 9/8c. If you miss it, you can rewatch it via the TLC Go app or TLC’s website.

A lot of content is packed into the season finale. The finale features Grandma Mary Duggar’s wake and burial. She tragically passed away earlier this year.

The sisters had the BEST reaction!! 😍#CountingOn

After the typical one-hour episode of Counting On airs, both Kendra‘s and Lauren‘s birth specials will be airing. Those birth specials have been available to watch via TLC’s website, but they are being aired on TLC as a part of the finale.

The final episode of the season will be a sad one, with its focus being on Grandma Mary’s funeral. With the birth specials following, it helps the family to reflect on the good year they have had. In a preview, Michelle refers to the babies being born as a “rainbow after the storm”. Though the loss of Grandma Mary is a sad one, the family has remained positive and is relying on each other and their fans for support.

When will Counting On return in 2020?

It’s unclear whether the show will be renewed or canceled. So far, because of this, an exact air date has yet to be announced. Typically, TLC likes to keep quiet on these things.

Most of what has happened for the Duggar family recently is being wrapped up in this finale. There is not much left to show.

Right now, no courtships or weddings have officially been announced. There are several Duggar kids of courting age, so be on the lookout for an announcement soon. The only Duggar woman who has announced that she’s pregnant is Abbie, who is due in January. Of course, there could be another Duggar baby on the way that we don’t know about yet.

With 19 kids, 20 including Jim Bob and Michelle’s adopted son Tyler, there is always lots going on. Things might be slow right now. By the time the next season of Counting On airs, if there is another season, there will be plenty to see.

If there is a new season of Counting On, it’s sure to get plenty of views. If TLC cancels the show for any reason, it likely would not be due to the attention the show gets. It receives views from people who love the show and from people who hate it too. So, as long as the Duggar family is still interested in being a part of the show and TLC still wants them, expect a season in 2020.

What do you think about a new season of the show? Are you watching the finale? Leave a comment below!

Stay tuned for the latest updates about Counting On and the Duggar family from TV Shows Ace!

Why Kim Kardashian Claims She Is Moving Out Of Her $60M Mansion
Kim Kardashian Receives Backlash For Hosting SNL
‘Welcome To Plathville’: Why Isn’t Hosanna Plath On Her Family’s Show?
Megan Fox & Kourtney Kardashian Snuggle In Sexy Topless Photo
‘BIP’ Spoilers: How Did Ivan Hall Break The Rules?