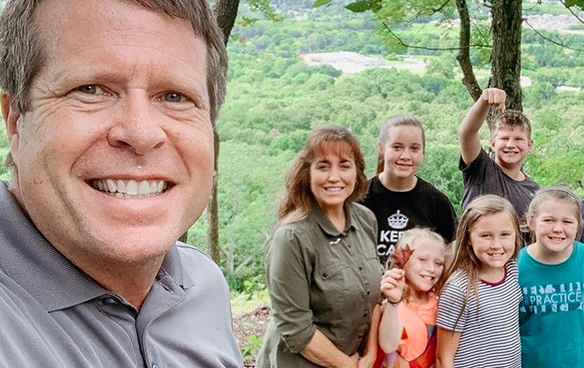 In the Duggar family, there always seems to be a courtship, marriage, or baby on the way. Fans are always eager to hear about the new and upcoming news about the 19 Kids & Counting and Counting On stars. For this reason, they keep up with the stars by following them on social media. Of course, some of the stars appear on TLC’s Counting On as well. The show is a little bit behind what is actually happening in the stars’ lives due to production time.

It’s been a little while since we’ve heard of a courtship in the Duggar family. There have been a few babies born in the last month or so. There haven’t been any recent weddings though. Because of the lack of courtship and marriage news, fans are beginning to wonder when there will be another courtship.

Is one of the Duggar men courting Lauren Caldwell, Kendra’s sister?

In a recent Counting On birth special from TLC, the network documented the birth of Kendra and Joseph’s second child. They named their baby girl Addison Renee. The special can be seen on TLC’s website.

We are so excited to share photos of our family of four! We are so in love with Addison💕 Check out the link in my bio for more pics!!!

Fans were quick to notice that Lauren Caldwell, Kendra’s sister, was a part of the birth special. Michelle Duggar and Kendra’s mother were there too.

During the birth special, Lauren and James are seen getting pretty close to each other. They held baby Addison and were standing right by each other. Even some Duggar kids in courtships avoid that close of physical contact.

Both the Duggar and Caldwell families have denied the potential courtship. They have shared that the teenagers are simply friends. Often, this is how courtships start out. Since the kids don’t have a lot of ways to make friends, because they are homeschooled and mostly friends with their siblings, they have to find potential spouses somehow. It turns out that several marriages have begun with being family friends.

1Ti 2:4  Who will have all men to be saved, and to come unto the knowledge of the truth. Rom 10:13  For whosoever shall call upon the name of the Lord shall be saved. #AllLivesMatter #matchymatchy

The two were standing close to each other, which could have been a way for them to share the baby. With such a large family, Duggar babies certainly get passed around. It could also be something more. Only time will tell if something is going on between James and Lauren Caldwell.