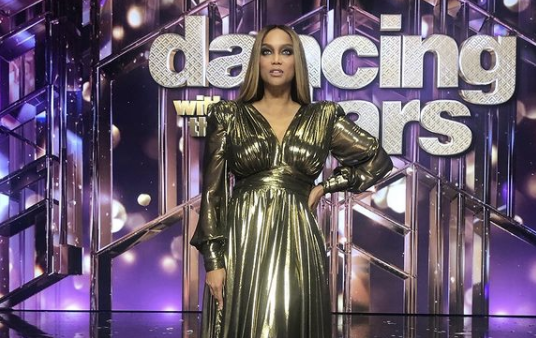 Get ready — we’re going to see more of Bachelor Nation on the upcoming Dancing With The Stars season. Us Weekly confirms Bachelor star Matt James will be part of DWTS Season 30.

Dancing With The Stars Season 30 features plenty of great names, including Matt James of Bachelor Nation

Matt James drew a lot of attention as the Season 25 start of The Bachelor. He ended up choosing Rachael Kirkconnell. Viewers thought the two had a lot of chemistry, but Rachael ended up being in the center of one of the biggest Bachelor Nation controversies, which ended in Chris Harrison leaving the franchise altogether.

Jojo Siwa will make history by dancing with a female pro on the new season of "Dancing with the Stars." It will be the first time two women are paired together in the show's 30 seasons. https://t.co/9fXCD5JxxI

Kirkconnell appeared in a few racially insensitive Instagram posts, which stirred up a lot of criticism. During a conversation with Rachel Lindsay, Chris Harrison defended Kirkconnell’s posts. Even though Chris Harrison won’t be part of the Bachelor franchise any longer, plenty of fans still suspect that he may be part of DWTS Season 30 too.

Although Matt and Rachael seemed to break up amid the controversy, they later rekindled their flame and make frequent appearances on each other’s Instagram pages.

Chris and Matt seemed to get along decently during their time on the show together. It will definitely be interesting to see what might happen if they both compete on DWTS Season 30.

Does ABC let too many Bachelor Nation personalities compete on Dancing With The Stars?

DWTS pro Cheryl Burke previously said she didn’t think any more Bachelor contestants should be allowed on the franchise. Hannah Brown and Kaitlyn Bristowe won Season 28 and 29 respectively. If another Bachelor nation wins Season 30, it could look a little suspicious since ABC owns DWTS and the Bachelor franchise. She and her Season 29 partner AJ McLean discussed the issue on an episode of their podcast, Pretty Messed Up. They didn’t want to be sore losers, but suspected Bachelor Nation fans that vote helped crown the champions each time someone from the Bachelor franchise wins DWTS.

Other talented personalities like JoJo Siwa and Olympian Suni Lee will also take the stage when DWTS returns on September 20. Matt James may be in for some seriously stiff competition! But it seems like he may already be training to compete this fall.

So now that we know Matt James will definitely appear on Dancing With The Stars, who do you think his partner will be? Witney Carson and Lindsay Arnold hope to get spots back after taking Season 29 off due to maternity leave. But there are plenty of amazing women that make up the cast. Who would you like to see Matt compete with?

Be sure to follow us on social media and stay up to date with the latest Bachelor Nation and Dancing With The Stars news!