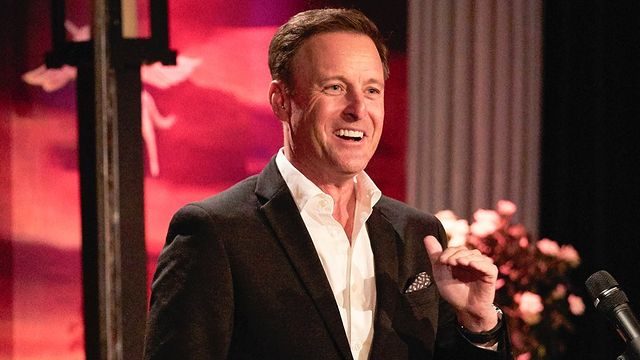 As we’ve noted before, Dancing With The Stars executive producer Tyra Banks loves contestants that make headlines. Last year, controversial Tiger King star Carole Baskin joined the cast of Season 29. Could former Bachelor host Chris Harrison be the next contestant when the show comes back for Season 30 this fall?

According to Radar, Dancing With The Stars already reached out to him.

“At first Chris thought he was being approached to join the show as a host. He was a little upset when he realized Tyra wanted him as a contestant, but after he got over his bruised ego, Chris didn’t say no,” a source tells the publication.

Chris Harrison wants to host again, but it’s not been easy to find hosting gigs these days

The Radar article goes on to say that a “top TV insider” reports that Chris Harrison really wants to be a host again. However, he isn’t getting many offers these days.

“After the way he left The Bachelor it has not been easy for Chris to find a new gig right away. Which is why something like Dancing With The Stars might work. It will give Chris a chance to change his narrative from the white guy who made insensitive racial remarks to reminding everyone why they fell in love Chris in the first place,” the source said.

Since the Bachelor franchise and Dancing With The Stars both air on ABC, it may be relatively easy for Chris Harrison to make the transition.

What other projects lie on the horizon for Chris Harrison?

Of course, there are a slew of other rumors involving Chris Harrison swirling around. As we previously reported, he could possibly host another rival dating show. However, he will have to wait until his non-compete contract with ABC expires. In the meantime, an appearance on Dancing With The Stars could be the perfect filler.

And it certainly wouldn’t be the first time a member of the Bachelor franchise went on to do DWTS. Former Bachelorettes Hannah Brown and Kaitlyn Bristowe even won Seasons 28 and 29, respectively. Could Chris Harrison take home the Mirrorball Trophy in Season 30? If we’ve learned anything about Tyra Banks over the past year, she’ll probably push to make it happen.

Some Bachelor experts feel that an appearance on DWTS would be another way for ABC to keep Bachelor viewership up. Since Chris Harrison announced his departure from the popular franchise, many fans firmly stated they planned to boycott the show. Even Bachelor alums such as Sean Lowe said they would no longer watch the series.

Be sure to let us know what you think about the situation. Would you like Chris Harrison to appear on Dancing With The Stars this fall? Are you still watching the Bachelor franchise, or are you part of the boycott? We want to hear from you.