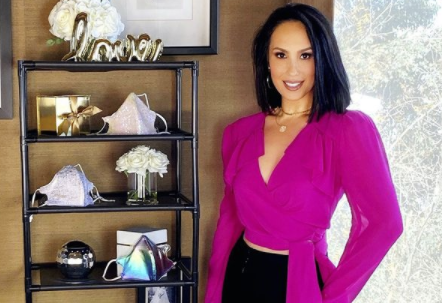 Bachelor Nation has a huge fan base. And for that reason, members are often invited to compete on Dancing With The Stars. However, after The Bachelorette stars won both Season 28 and 29, pro dancer Cheryl Burke wants Bachelor Nation members banned from DWTS. But not necessarily for the reasons you might think.

For starters, Cheryl Burke doesn’t have anything against Bachelor Nation. It’s just that those shows are all owned by ABC and so is Dancing With The Stars. She’s worried fans might start conspiracy theories that only ABC personalities ever win DWTS. Viewership may drop off. And that’s the last thing anyone wants.

Plenty of fans were already pretty upset that The Bachelorette star Kaitlyn Bristowe won Season 29. Many felt that runner-up Nev Schulman deserved the championship more. Nev and his partner Jenna Johnson consistently earned higher marks than Kaitlyn and her partner Artem Chigvintsev. However, Bachelor Nation has a much bigger fanbase than Catfish. It wasn’t hard to guess that Kaitlyn and Artem would win.

Cheryl Burke and her own DWTS partner AJ McLean discussed this particular issue on an episode of their podcast, Pretty Messed Up.

“This is all about America,” AJ said during the episode. “It’s all about the audience voting.” Cheryl suspected that Bachelor Nation helped Hannah Brown win back in Season 28 too. Melissa Rycroft took home the Mirrorball Trophy in Season 15.

But even so, Cheryl and AJ aren’t sore losers. They understandably thought they deserved to go to the finals, but Cheryl posted a kind congratulatory post after the finale. From what we’ve seen online, Artem has a great reputation with his fellow castmates.

Congratulations to @kaitlynbristowe & @artemchigvintse for taking home the #DWTS mirrorball this season! Kaitlyn, it’s been an honor to watch you grow and though it was from a distance, it was a pleasure getting to know you and to have been a part of your amazing freestyle. pic.twitter.com/8gJ1nVbYkc

Tyra Banks Wants Talent That Will Attract Lots Of Viewers

It’s easy to understand why Cheryl Burke might not want any more Bachelor Nation contestants. But she may have to take that up with Tyra Banks. She serves as the host and executive producer for DWTS and wants celebrities that will earn viewers. Bachelor Nation has plenty of fans and they always tune in when someone from the fandom competes. Right now, Clare Crawley and Dale Moss have lots of tongues wagging. It may not be as easy to get Bachelor Nation people banned from DWTS as Cheryl thinks.

For example, no one really thought Carole Baskin would win this season. But everyone watched Tiger King when it premiered during quarantine and everyone wanted to watch her dance. However, fans quickly grew tired of the cat gimmick and she finished in 14th place.

If Tyra Banks thinks Bachelor Nation will draw more viewers, she may just get what she wants. Do you want to see a Bachelor Nation personality on DWTS Season 30? Or do you agree with Cheryl Burke? Let us know what you think in the comments.