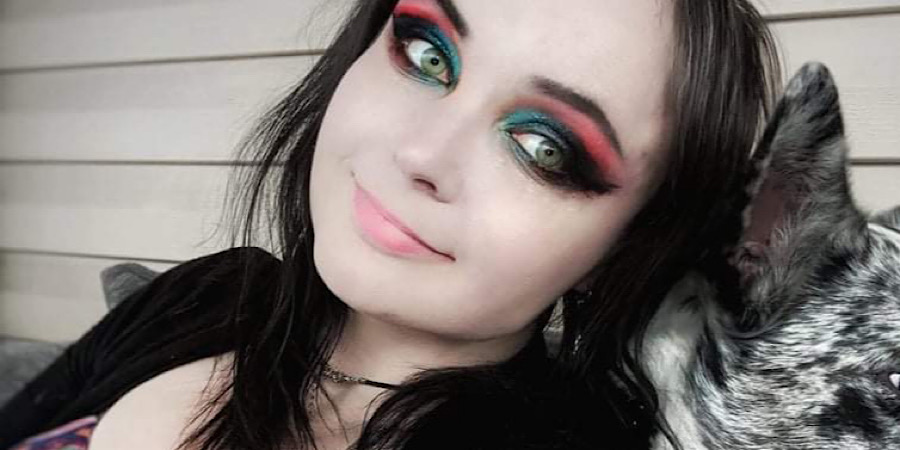 Sidian Jones’s first wife, Jennie Lou Dschaak has not always been painted in the best light. Rumors about her mental health, drug use, and criminal past have run rampant. Yet, the can of worms on Jennie’s life was only opened when Sidian and his wife, Tosha decided to go on television. When they first appeared on Season 3 of Seeking Sister Wife, they shared a certain narrative about his first wife. The couple had been looking to add a new wife when he met Tosha at work. Then, the “first wife” chose to leave the relationship. That led the Joneses to begin their search for a new sister wife.

As the season began to wind down, Tosha’s 2016 arrest resurfaced. Suddenly, the “first wife” reappeared in the comments section of the Tracie Trendy Show. Under the name Lavandulou Seymour, she went on to speak her truth about everything. Then, a GoFundMe was set up for legal expenses to help with her custody case against Sidian. A friend, Amber Nicole, spoke to TV Shows Ace about their past. Tosha has weighed in, saying she needs group therapy and has taken to Reddit to ask for help with a loved one.

Now, Jennie is ready to put an end to the rumors. She spoke with TV Shows Ace exclusively in a no holds barred interview. Jennie already knows what everyone is saying, she is taking it all in stride and head-on.

Meeting Sidian, Falling In Love and Getting Stuck

Jennie Dschaak was just eighteen when she first met Sidian. The two met at a coffee shop called the Flying M. Just a few months after meeting, she moved in with him. Unfortunately, the fantasy quickly faded when Jennie was left to be the breadwinner. Being a supportive partner, she was there while he quit his job. He spent the next near-decade working on his dreams. Yet, something unexpected was about to happen to throw everything off.

Nine months after meeting Sidian, Jennie discovered she was pregnant. It may not have been in their plan or right timing but Jennie was insistent her child had the proper family. It was a tumultuous relationship, one Jennie says dealt heavily in coercive control.

Here is the exact definition according to MedicalNewsToday: “Coercive control refers to a pattern of controlling behaviors that create an unequal power dynamic in a relationship. These behaviors give the perpetrator power over their partner, making it difficult for them to leave.”

This has been an ongoing tactic Jennie alleges has been used on her, even at her weakest points. When she was arrested for shoplifting, Sidian would not bail her out. Rather, his night included him and Tosha making dinner. Begrudgingly, he bailed her out anyways. Her life would soon turn even harder than she expected. Enter Amber Nicole.

Poor Choices But Being Accountable

Amber Nicole spoke with TV Shows Ace exclusively and shared her experience with Jennie. She claimed her husband and Jennie had a consensual affair. When confronted, both parties admitted it. However, years later Amber said Jennie would go on to say it was non-consensual. Yes, Sidian and her husband had been longtime friends. But, they never really hung out too much until the last few years Jennie and Sid were together.

Around the time Jennie was arrested for shoplifting, Amber needed a ride home from the bar. Jennie was the designated driver. Shortly after, Amber’s husband needed a ride from the bar so Amber called Jennie. Unfortunately, he was not there when she arrived so she took a few shots from strangers. Admittedly, Jennie had been taking benzos, which are not to be mixed with alcohol.

The two were intimate but she does not remember agreeing to it. She had been completely faithful to Sidian up until that point. Jennie fully admits she lacked boundaries at the time. This led her to be with Amber’s husband for a handful of weeks. When Amber felt something was off, she admitted everything and believes she was as loyal as possible to her from there on out.

Amber shared she moved in with Sidian and Tosha for a period of time which Jennie confirmed. She would like to reconnect with her again. Yet, she believes if Amber wanted to, she would find her. She also says the combination of the alcohol and the benzos from the bar that night could have killed her.

Still to come from Jennie: she talks about meeting Tosha and her custody case. She also debunks all of the drug myths and addresses her mental health diagnosis. Finally, Jennie shares where she is in her life now. It is all coming up on Part 2 of the exclusive TV Shows Ace interview with Jennie Lou Dschaak.