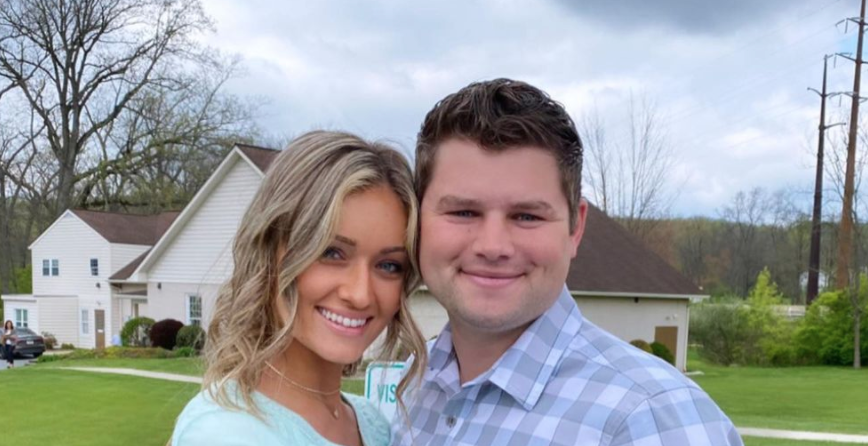 Bringing Up Bates fans have fallen in love with Nathan Bates and Esther Keyes. They think the couple is great together, and they hope to hear wedding bells soon. Some fans even commented on how good motherhood looks on Esther. So, fans are eager to see what unfolds in the couple’s future.

While Esther was only recently introduced to the family on the show, the pair has been dating for a little while now. They first went Instagram official in January 2020. It’s possible that they started dating before that though. They wear promise rings, showing their commitment to each other, but no one has seen an engagement ring on Esther’s finger yet. It could be happening sooner than we expect though.

Why Nathan Bates and Esther Keyes may be engaged

On Reddit, a few Bringing Up Bates viewers noticed that this may be the perfect time for Esther and Nathan to get engaged. One user points out that Nathan said he wanted to propose on the beach. They write:

“I was reading a recap of today’s episode and apparently Nathan said that he hoped to get engaged this spring and wanted it to be in the Bahamas. Esther just posted pics of herself at the beach so i figured the engagement could have just happened or is happening very soon.”

Another adds, “He said on tonight’s episode that he wanted to propose this spring and have a fall wedding. If his timeline actually plays out like that, they are most likely already engaged.” Someone else points out,”In all of those photos where you can see her left hand, her thumb is strategically placed where you can’t see her ring finger.”

Now, Esther is currently posting photos of herself on the beach. Not only is she at the beach, but she tagged a photographer in some of the photos she posted. So, it’s possible that the pair had an engagement photoshoot or that their proposal was photographed.

Of course, Esther could just be on a family vacation and enjoying some time on the beach. The family hasn’t confirmed another engagement. For now, fans know that Katie Bates and Travis Clark will get married later this year. Carlin Bates Stewart did tease another wedding or two this year though.

So, do you think Esther Keyes and Nathan Bates are already engaged? Are you looking forward to their future together? Let us know in the comments below.