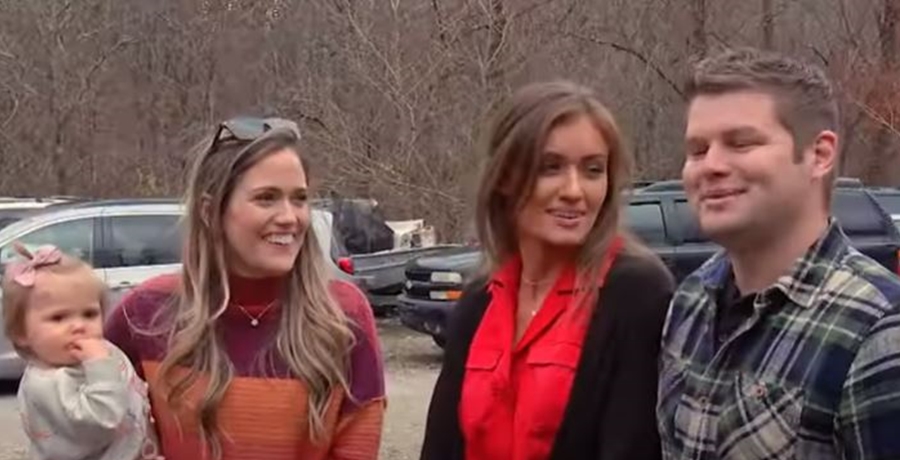 A Bringing Up Bates teaser dropped on April 26 for the upcoming episode on Thursday this week. Fans already heard about Nathan and his new girl. Now, the family gets to meet her. Bear in mind, the show airs well after real-life events. So, fans already know that he’s interested in Esther Keyes. In the teaser that came from UPtv on YouTube this week, fans wished Nathan the best life.

Last week’s trailer showed that Gil talked about Nathan and the “burning fire” that he needed to talk about. Well, Josie Bates Balka already heard rumors that Nathan was interested in a girl. Fans saw that Nathan chatted with Kelly and Jill out on the porch. They asked him for more info. Of course, fans already know that Nathan and Kelly started seeing each other. The news came on social media back in January this year. However, UPtv fans don’t mind. They just enjoy watching him look so much in love.

‘Bringing Up Bates’ Episode 3 Preview: Nathan Has A ‘Fire Burning’

So far this season, Bringing Up Bates got a teaser that brought a nice trip down memory lane for Kelly. The kids all planned a special event where they shared their many memories of their mom over the years. In fact, for once everyone praised Kelly rather than the other way around. UPtv fans know that she’s very proud of her kids and often sings their praises on the Bates Family’s Instagram account. Actually, it seems really special as she and Gil birthed 19 kids. Plus, some of them moved on married and now raise their own families. So, that’s a lot of praise for Kelly to soak up. Now, eyes all turn to Nathan, another success story among her boys.

These days, when UPtv drops a Bringing Up Bates teaser they seem particularly short. The one on YouTube this week lasted only 30 seconds, and that included the poster at the end. Nevertheless, it gives fans enough info to comment on the show. One of the kids opens up and he thinks it’s amusing that Nathan brings a girl home. When Nathan finally brings his girl out to meet the family, they all cluster around and seem overjoyed. Certainly, this family knows how to make people feel welcome.

Fans who watched the latest Bringing Up Bates teaser commented about Nathan. In fact, they say a lot of nice things about this young man. Here’s an example of what fans said about it:

“Just love this family.i like this family so much more than the Diggers..the Bates family are more down to earth. I like Nathan..i wish him the best.”

“I grew up with Nathan’s girlfriend 😊… Very Sweet, She liked to follow me and her older sister around… I was her Role Model I guess.”

What are your thoughts about the Bringing Up Bates teaser that shows the family act in such a caring and welcoming manner when they meet Nathan’s new girl? Sound off in the comments below.