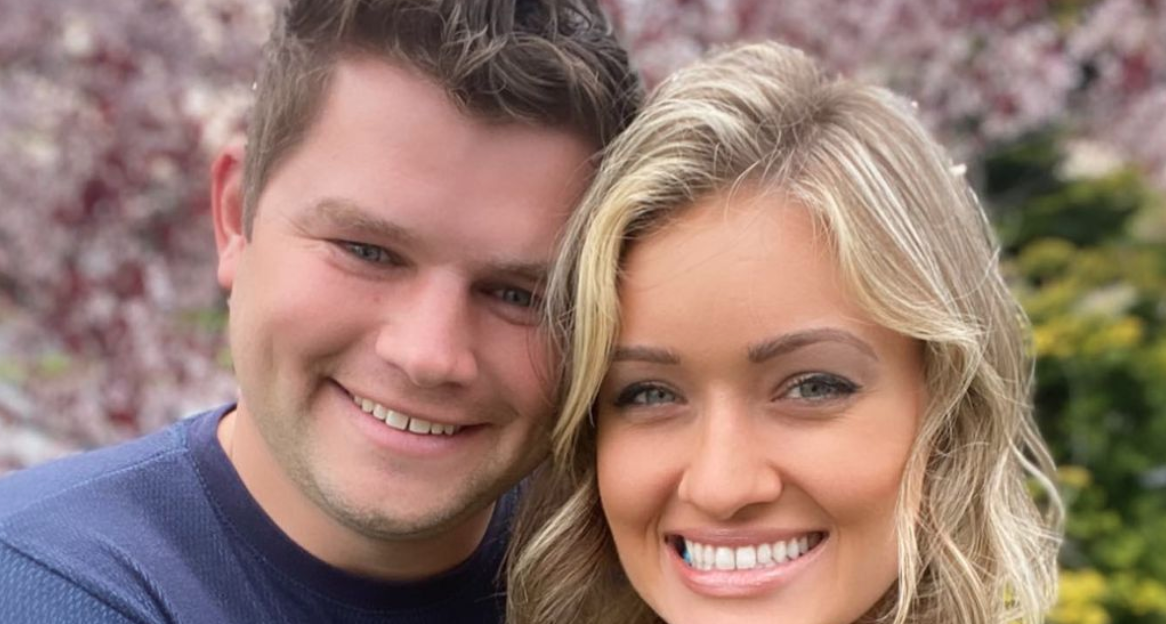 Bringing Up Bates fans think that Nathan and his girlfriend Esther Keyes are great together. Esther was introduced to the Bates family during a recent episode. Now, fans think that a proposal is right around the corner. While the pair is still courting, some of Esther’s Instagram followers are looking toward the future.

On Instagram, Esther shared a new photo of herself with her newest nephew, Michael Grant. She writes, “So excited to meet my new nephew!🥰 ” She smiles at the camera as she cradles the newborn baby.

While many fans are gushing over the sweet photo of Esther and Michael, someone pointed out that she’s going to make a great mom. One fan writes, “Oh he’s so angelic. Motherhood looks good on you too 😍”

In the Bates family, there are 19 kids. Lots of grandkids have been added to the family over the years, and it’s assumed that Esther and Nathan will have a large family too. Of course, they haven’t shared the plans they have for their future yet.

Nathan and Esther first made their Instagram debut in December 2020. Things seem to be pretty serious between the two of them, and it wouldn’t surprise fans if he decided to pop the question soon. Carlin Bates Stewart, Nathan’s sister, says that there may be two weddings this year. We know that Katie Bates will marry Travis Clark this year, but it’s unclear who else is getting married. It may be Nathan and Esther, so maybe they will start a family soon.

While it’s totally their decision and we don’t know for sure what will happen, fans wouldn’t be surprised if the pair starts having kids shortly after they tie the knot.

It’s possible that Esther and Nathan are already engaged and have to keep it a secret due to an agreement with UPtv. Sometimes, due to production timing, the show is behind what’s going on in real time. So, an engagement announcement could be coming soon too and may even be featured on the show.

So, what do you think is next for Esther Keyes and Nathan Bates? Do you think they will become parents soon? Let us know in the comments below.

For more news about Bringing Up Bates and Esther and Nathan’s relationship, check back with TV Shows Ace. We’ll keep you updated about what’s going on with the family.