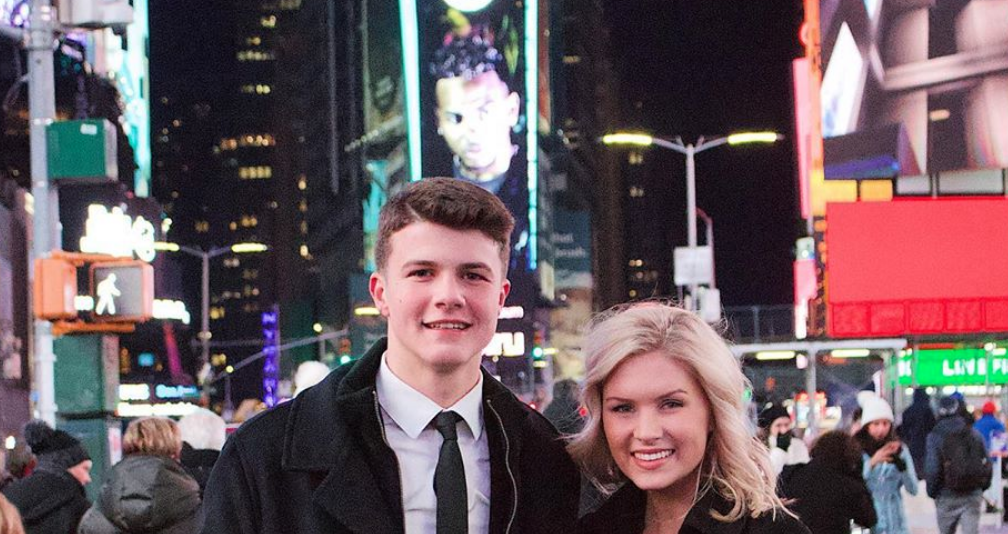 A new Bates family courtship has begun! The Bringing Up Bates family will be growing. Katie Bates, who is 19 years old, is officially courting. On Tuesday, Us Weekly confirmed the news that Katie is courting Travis Clark, who is also 19. They’ve been friends for a while and have spent time getting to know each other. But, now they are officially boyfriend and girlfriend. It seems like they couldn’t be happier!

Katie spoke with Us Weekly about her new courtship. She said, “Travis and his family are active in their local church and also travel together to sing, so our families have been able to visit at nearby concerts and church events. Travis and I are so thankful that the Lord, not only allowed our paths to cross, but that we have been able to begin this new phase of our journey together. Travis made the evening [he asked to court me] so special, and right now, I feel like the luckiest girl on the planet!”

How did Katie Bates and Travis Clark meet?

In June 2019, the two met for the first time, thanks to a mutual friend. They started talking and getting to know each other. In July, Katie visited Travis in New Jersey, which is where his family lives. As Bringing Up Bates fans know, Katie’s family lives in Tennessee. So, the two of them had to travel to visit each other. They got to know each other at a distance with the help of FaceTime and texting.

Us Weekly reveals that the couple had chaperoned dates around once per month. For these dates, one of them would have to travel to the other’s home state.

Bringing Up Bates fans speculated about a possible courtship

Before the courtship was made official, hints were dropped. On social media, the new couple posted pictures of each other. At the time, they were just getting to know each other. But, the Bates family’s fans were curious if the friendship could turn into anything more.

They went to New York City together. They celebrated birthdays together. And, they enjoyed each other’s company. Lots of pictures were shared of the two of them together. So, each time Katie shared one, Bringing Up Bates fans had questions. Many times, these questions were as simple as, “Are you two courting or just friends?” But, now it seems that fans were on the right track.

Cheers to another year ☺️ Best birthday surprise ever, @travis.clark_ 🖤

There’s no doubt that fans are thrilled for the young girl and her new boyfriend. They’ve received plenty of well wishes on Katie’s post confirming the news. Fans are likely looking forward to seeing more of their relationship on the current season of Bringing Up Bates, which is airing now.

What do you think of the big news? Which Bates kid will make a big announcement next? Share your thoughts below.

Bringing Up Bates airs on Thursdays at 9PM EST on UPtv.