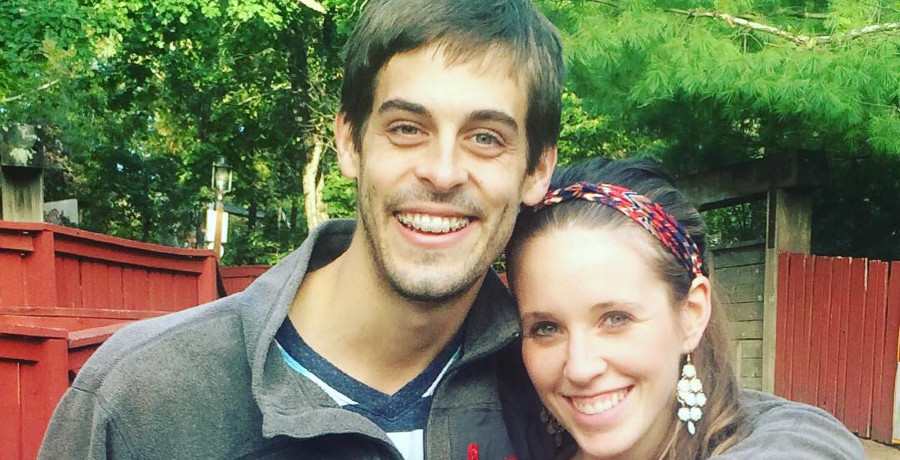 Is Derick Dillard lying about why he and Jill Duggar left Counting On? What he’s saying now doesn’t line up with what happened in 2018.

Derick Dillard had a busy weekend on social media. He engaged his followers in a debate over whether TLC should cancel Counting On. The entire Duggar family is under scrutiny after Josh Duggar’s shocking arrest last month. Viewers are demanding the network remove all Duggar content from distribution, including Counting On.

Why do Viewers Want Counting On Canceled?

Immediately after the details of the charges Josh Duggar is facing went public, TLC viewers started calling for the cancellation of Counting On. Josh Duggar is facing serious charges of allegedly downloading images of child s*x abuse. An earlier show about the Duggar family, 19 Kids & Counting, was canceled in 2015 after a similar scandal. At that time, news broke of a police report about child molestation involving Josh Duggar.

The eldest Duggar son admitted to touching young girls, including some of his sisters, inappropriately. He never faced legal consequences, but TLC canceled 19 Kids. Derick Dillard feels that should have been the end of the Duggar family fame, but it wasn’t.

A few months later, TLC rebranded the show as Counting On, originally focusing on Jill and Jessa Duggar.

Derick Dillard Claims It Was His Choice to Leave Counting On

According to Derick Dillard, the “rebranding”  of 19 Kids into Counting On was the greatest scam TLC pulled on viewers. In a tweet, he described the situation as “deceiving.”

In fact, he claims that he and his wife, Jill Duggar, wanted out of the show but were threatened into staying. However, enough was enough at one point and the couple “got to a place where we quit” the show.

He also implied that other Duggar family members are trying to quit the show.

But is that really how it went down? Or is Derick Dillard re-writing history?

Is Derick Dillard Lying About Why He Left Counting On?

The Duggar family is extremely religious. The spouses of the Duggar kids often subscribe to the same strict beliefs. In 2018, Derick Dillard came under fire for saying that “transgender is a myth.” He was expressing his opinion on another TLC show, I Am Jazz. The reality show followed the life of Jazz Jennings, a transgender social media personality.

At the time, the network released a statement effectively firing Derick Dillard. “We want to let our viewers know that Derick Dillard has not participated in Counting On for months,” the statement read.

People magazine reported in 2018 that Jill Duggar wasn’t in the promotional material for that year’s season of Counting On.

However, according to Derick Dillard now, it was their decision not to participate in the photoshoot.

Who is telling the truth – TLC or Derick Dillard??

Fans Divided Over Whether TLC Should Cancel Counting On

Using the ‘like’ reaction and alluding to a deeper story, Derick Dillard strongly implied his support for canceling Counting on. However, there is division among fans of the show over the issue. One person called Derick Dillard out, noting that Josh Duggar is innocent until proven guilty.

You probably are, and I must say I was very cross & disappointed with you for liking a comment on Twitter which called the Duggars disgusting & should be taken off air on TLC based on what Josh is ACCUSED of doing! Innocent until proven guilty Derrick! I expected better of you😏

A fan-created petition to cancel Counting On is nearly 4000 signatures. You can sign the petition here if you agree that TLC should cut ties with the Duggar family.

Josh Duggar will face the charges when his trial starts in July. He will appear before the court on May 5 for a bond hearing.