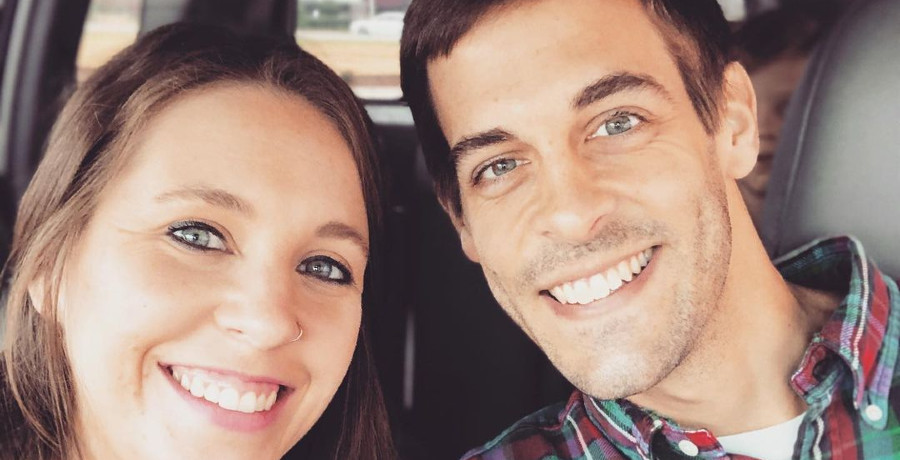 Josh Duggar’s brother-in-law Derick Dillard is speaking out about his experience filming the TLC show. And what he’s saying so far does not reflect well on the network. In fact, there is a petition to cancel Counting On amid Josh Duggar’s shocking-but-not-so-shocking arrest last week.

High-profile arrests are always major news stories. Josh Duggar’s arrest on April 29th will likely go down as one of the big ones. The mystery surrounding his arrest was over the following day when his indictment went public.

Josh Duggar is charged with two counts of downloading photos of children under the age of 12 being s*xually abused. Anyone who follows the Duggar family or entertainment news didn’t find the charges surprising.

After all, the Duggars’ first show, 19 Kids & Counting, was canceled in 2015 amid a similar scandal engulfing Josh Duggar. As a teen, Josh Duggar had abused several young girls, including some of his sisters. He admitted to it after the police report leaked. Charges were never filed in the relation to the molestation.

That same year, another shocking allegation came out that Josh Duggar had an account on Ashley Madison, a dating website aimed at married people looking to cheat on their spouses.

A few months after the cancellation, TLC brought the Duggars – minus Josh – back with the Counting On spin-off.

Viewers Bombard TLC With Calls to Cancel Counting On

Josh Duggar denies the charges against him. It will be a few months before his trial even starts. But TLC viewers are already telling the network to cancel Counting On. The Duggars briefly returned to the airwaves in March with a one-night special. But otherwise, TLC had not revealed any plans for a new season.

And now it might not happen at all. A fan-created petition gained more than 3000 signatures over the weekend. In addition to canceling Counting On, the petition wants all Duggar content removed from discovery+, Hulu, and other platforms.

Click here to add your name to the petition.

It seems Hulu already made the move to remove the Duggars from the streaming service.

Did the previous scandal with Josh Duggar drive Derick Dillard and his wife, Jill Duggar, to exit Counting On? Over the weekend, Derick got into a heated debate with social media users about how 19 Kids & Counting became Counting On.

After one person commented that TLC handled the 2015 scandal, “well,” Derick Dillard spilled some tea. In a long back-and-forth thread, he said that the network “deceived” viewers by rebranding 19 Kids as Counting On without actually making any changes.

That seemed to be a bone of contention between TLC and Jill and Derick. In fact, he implied that the disagreement is why Jill wasn’t in the Season 1 photoshoot for Counting On. Initially, it was called Jill & Jessa: Counting On. But later, the network dropped the “Jill & Jessa” part and called it Counting On, featuring more of the family.

According to Derick Dillard, he and Jill “called their bluff and quit” the show. He promised to “explain more” about what really happened that led to his and Jill’s departure.

It sounds like TLC’s response to Josh Duggar’s molestation scandal in 2015 may have played a part in Jill & Derick Dillard leaving Counting On.

Do you think TLC should cancel the show? Sound off in the comments below.