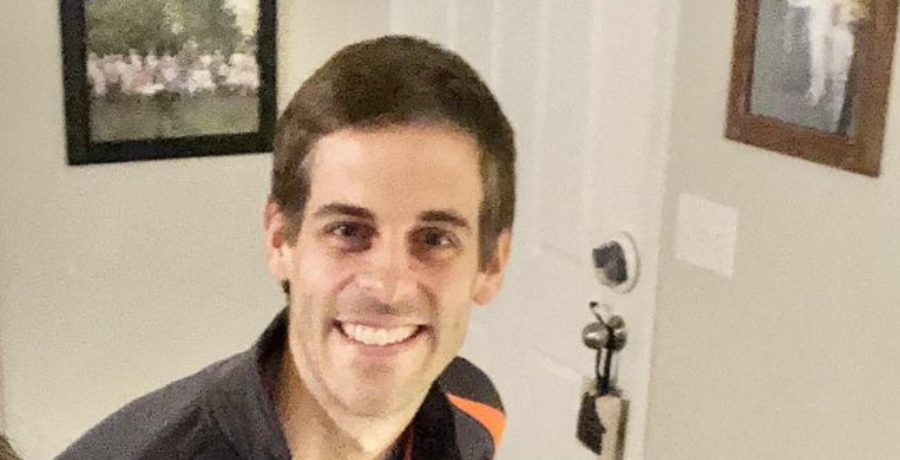 Derick Dillard is at it again. The former reality star has not kept quiet since Josh Duggar’s arrest made headline news. Critics have called for the cancelation of Counting On. However, it’s unclear whether the Duggar family will return to the TLC series. The network has not yet announced a new season.

That could all be up in the air now thanks to Josh’s arrest. Though the eldest son is no longer on the series, some feel that the Duggars should be canceled altogether. As for Derick, he may have hinted that some members are seeking exile. There could be other Duggars distancing themselves from the family.

TV Shows Ace has been keeping up with Derick Dillard on Twitter. He came for TLC by claiming they “deceived” viewers by rebranding 19 Kids and Counting into Counting On. In light of Josh Duggar’s arrest, both Jill Duggar Dillard and her husband issued a statement, calling the situation “sad.”

Since then, Derick has been making his opinion known on Twitter. He’s outspoken about TLC’s decision and the Duggar family. He’s been “liking” a lot of tweets from fans calling for the cancellation of Counting On. Now, he’s hinting that some Duggars may be leaving the family.

He’s been busy interacting with the fans of the show. He wondered why TLC didn’t just cancel the show altogether instead of just not showing Josh. He accused the network of rebranding the family show into an entirely new show, even if it was the same concept.

One fan argued that rebranding the show helped remove the problem. She feels that the network handled it fine. Derick claims it “not handled well.” That same fan came back and said that the other family members felt fine about not leaving. That’s when Derick dropped the truth bomb.

“How do you know they’re not trying to leave? They didn’t know what we knew when we knew it,” Derick responded. “As I’ve said before, we were told to not talk to the others about what we learned. And based on our history, I don’t know what scare tactics are used on the others to keep them compliant.”

Jill Dillard and her husband left the family show

Derick Dillard also revealed that he and Jill tried to pretend like nothing was wrong with their family. They pushed back and tried to put on a happy face. However, they knew that they had to leave the show and the Duggar family behind. In 2017, the couple left the TLC series Counting On.

“We ended up finding out we didn’t have as much control over our lives as it related to the show and stuff as we felt like we needed,” Jill said earlier this year. “So we had to make a decision at that time to kind of put the show aside just to pursue our own goals and everything.”

Jill and Derick admitted there’s still “drama” among the family. They even had to go to couples therapy to work on their marriage with each other. Counseling also helps them tackle this shift in their family dynamic. Jill and Derick’s relationship with the Duggars have been strained for some time.

However, that hasn’t stopped Derick from spilling the tea. Since he has nothing to lose, he will continue to share information with the fans. Do you think more family members will leave the Duggar family? Sound off below in the comments.

Check back with TV Shows Ace for more news on Derick Dillard.

Todd Chrisley ‘Not Afraid Of Lawsuits’ Amid Being Sued For Slander
Is Jessa Seewald Milking Her Birth Story For More Views & Revenue?
‘When Calls The Heart’ Season 9 Has Started Filming: All The Details
Robyn Brown Pregnant Rumors Swirl: Kody’s 19th Child On The Way?!
‘Below Deck Med’: Lexi Wilson Claims Malia White Is Doing Damage Control